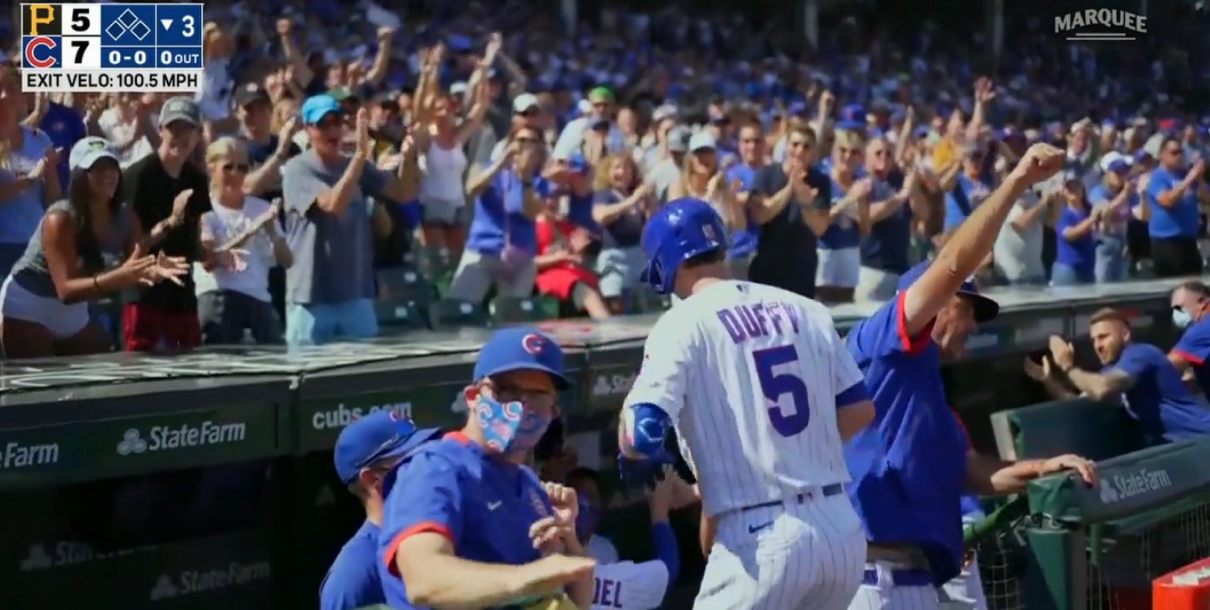 You’ve just gotta be kidding me with these Cubs-Pirates games. So, just a half-inning ago, Zach Davies was loading the bases twice, and giving up a grand slam one of those times. And now it’s Matt Duffy returning the favor with a grand slam of his own.

What makes it particularly crazy is that it’s Duffy’s SECOND homer of the game, and he hadn’t otherwise homered since May:

That’s a long shot (relatively speaking) to get it out down the line at Wrigley Field, so Duffy put a good thump into it. Clearly he likes facing Wil Crowe. His power output on the season has basically doubled today.