The Tennessee Smokies Have Thrown a Combined No-Hitter! Skip to content 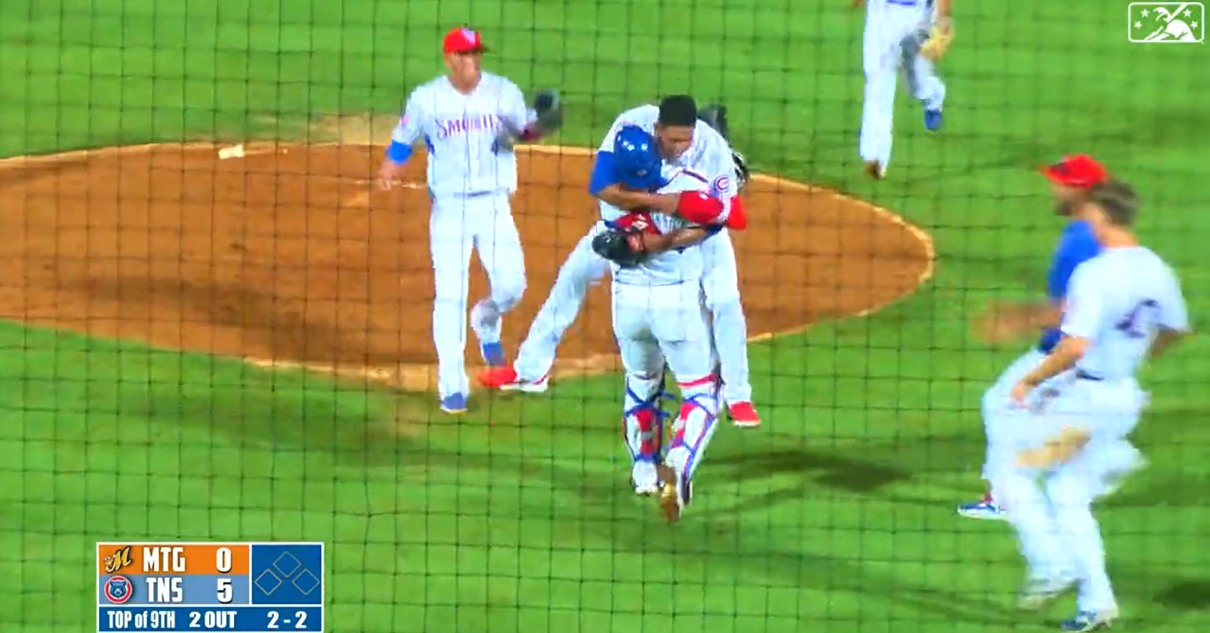 I’m glad the big league Cubs were playing earlier today so I could watch a little minor league baseball tonight, and while I won’t claim to have been watching the Tennessee Smokies from the beginning, I did get to see the last couple innings of a COMBINED NO-HITTER TONIGHT!

Remy wound up going six innings, allowing just two walks against eight strikeouts. Correa, known for his big fastball, covered the next two innings with one walk and three strikeouts. Eury Ramos finished it off with a two-strikeout 9th.

All are prospects, by the way, with Correa and Ramos on the radar for the Iowa bullpen later this or next year. Remy is on the older side (25) and has yet to get great results above High-A, but he flashes these kinds of ridiculous outings now and again, so clearly there’s some stuff there. He certainly looked stellar tonight.

Watch live as the Tennessee bullpen looks to keep it going: https://t.co/9iPWQxQiiW pic.twitter.com/VsFNEFOntB