What the Bloody Hell Was That? Raiders 24, Bears 21 Skip to content 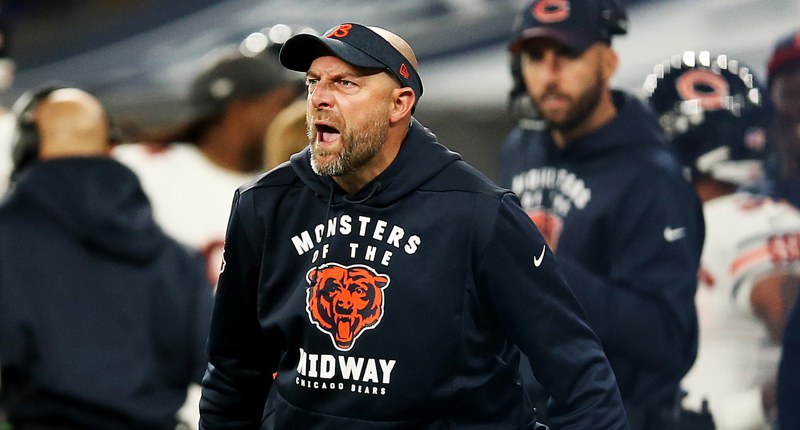 Every time the Raiders opened a door for the Bears to win, Chicago would voluntarily go to the other side of the building and unlock a different door — you know — just in case Oakland wanted to win the game for themselves.

And in the end, the Raiders accepted the invitation, walked through that door, and emerged triumphant with a 24-21 win.

So where did it go wrong? Well, it started from the top.

The Raiders established themselves as the more physical presence from the outset. They dominated the line of scrimmage, out-gained the Bears 208-44, had the ball for almost twice as long (19:53 to 10:07), and ran more than double the number of plays (37-16) in the first half. Oakland racked up first down and yards, averaging more yards per play (5.6- to 2.8), yards per pass (7.3 to 2.8) than Chicago did in the first two quarters. It was a thorough dismantling of the league’s best defense … and it came while an offense that was being led by a career backup quarterback looked like it was being led by a career backup quarterback.

And yet, the Bears were able to muster up enough for a second-half comeback.

Chicago’s defense was gifted a turnover, which set up a 1-yard David Montgomery touchdowns. After a stop by a rejuvenated defense, Anthony Miller pulled a Randy Moss-like catch over a Raiders defensive back to set up Allen Robinson II’s first touchdown of the 2019 season. Robinson wasn’t done, though. He snatched some poor defensive back’s soul on a touchdown grab that gave the Bears their first lead of the day. But that’s where the highlights end for the Bears.

The Raiders executed a 13-play, 97-yard drive that chewed up nearly six minutes of game time to turn a 21-17 deficit into a 24-21 lead. A disheartening running-into-the-kicker penalty allowed the Raiders to pull off a manageable fake punt run for a conversion, which ultimately sparked what turned out to be the game-winning drive. The Bears had a chance with 1:57 left, but Chase Daniel threw an interception that virtually put the nail in the coffin.

Between continued problems committing penalties, missed opportunities on offense, missed tackles on defense, and a disappointing overall effort, there is a lot we need to work through to fully break down this game. And thankfully, we have a bye week to sort through it all. *Mega eye roll*

On the bright side, at least the Bears get a week off to lick their wounds and re-assess things for the second part of the season. With that in mind, let’s take a deep breath, step away for a moment, and get back at it tomorrow.