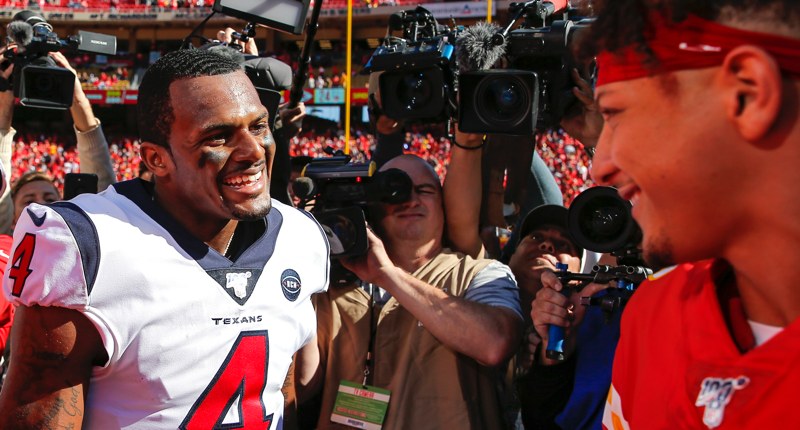 I had to cut dinner with a friend short last night because I felt a cold coming on and knew I needed to get home to take my medicine. But I’m going to pound through the day as best as I can, because we have a football game to look forward to and I reckon it will be far more intriguing than re-litigating what happened in Week 5. Onward!

“As a Bears fan, how hard was it to watch Watson and Mahomes play today?”

As a practical person, I didn’t think about it that way for a second. Because who was available 2.5 years ago when my team picked Trubisky has no bearing on anything anymore.

The Rams went a combined 0-for-13 on 3rd and 4th down today. Since 2001, only the 2010 Bears have gone more third and fourth down plays in a game without a conversion.

This season Baker Mayfield has:

– most INT in the NFL pic.twitter.com/mzjfJP02oO

Time to hang up the hurdle pic.twitter.com/jBVEc2Aaww