LOL! No, the Jets Are Not Better than the Bears Right Now and Other Bears Bullets Skip to content 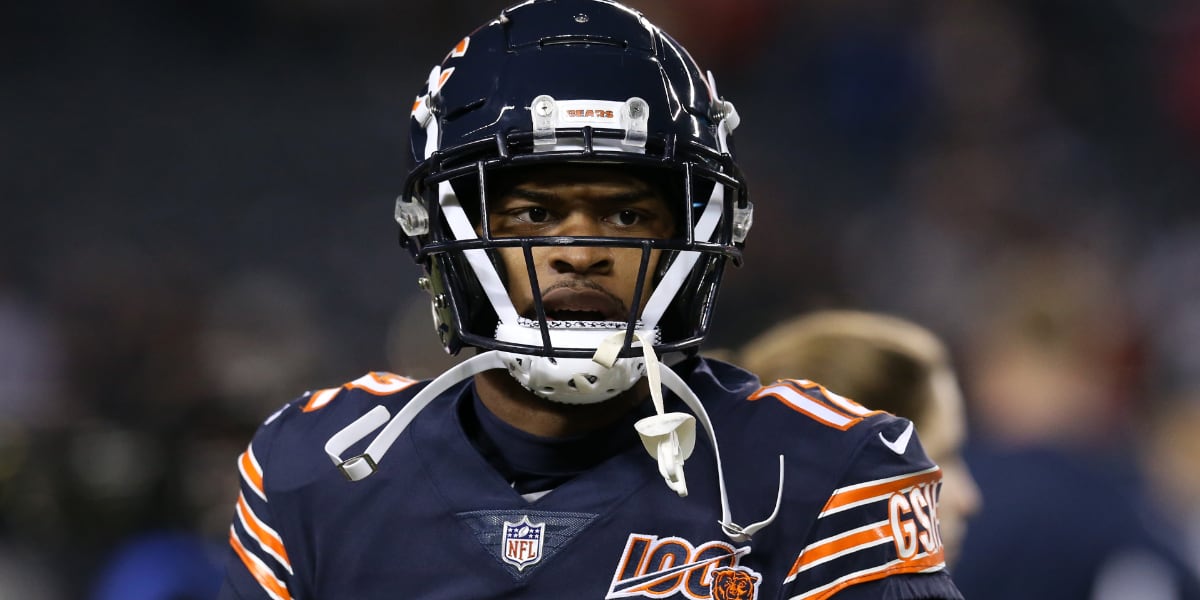 I found myself falling into bad habits recently, but didn’t truly acknowledge it until late last night. And when I find myself doing things I said I wouldn’t do, my anxiety levels shoot through the roof. It’s an unpleasant feeling, but one I mention because (1) I feel comfortable sharing my thoughts and feelings with our little community in this corner of the internet and (2) because it’s a way to keep myself accountable.

So, today, I made it a point to get a good night of sleep, wake up early, and get the ball rolling in the right direction. My reward for doing so was a good session of meditation, some quality yoga time, and my neighbor bringing me a chocolate old fashioned upon my completion of doing my yoga in the back yard. Good start. Let’s keep the ball rolling.

•   An offseason of disrespect continues:

•   The 2019 Bears went 8-8 while playing a first-place schedule in a season that saw the quarterback, offensive line, and offensive playmakers take significant steps back, and the defense – while still great – not in tip-top formation or health. So, essentially, the PFT folks are telling me than an 8-8 team that upgraded at pass-rusher, got younger and more athletic at cornerback, added a solid safety to start nest to the best in the biz, brought in a quarterback option who improves the room is now the EIGHTH-WORST TEAM IN FOOTBALL. Get outta here!

•   If you want to argue the merits of the Bears’ long-term future, fine. That the Bears don’t have any long-term certainty at quarterback, have two tackles advancing in age (with salaries on the rise, might I add), and have yet to lock in their top pass-catching option is a cause for concern in 2021 and beyond. But entering the 2020 season? The Bears shouldn’t be ranked in the bottom-10 of the league. And the mere notion that someone put that on a board and it got the OK from some sort of editorial staff that presumably knows a thing or two about football is absurd.

•   ICYMI: The NFL put an offer on the table for no preseason games in 2020. Here’s the latest from NFL Network insider Ian Rapoport on that as part of the league’s quest to iron out a deal to play football in a pandemic in 2020:

From @GMFB: All eyes are now on the economics, as the NFL and NFLPA move closer to a deal… pic.twitter.com/9IlNEu6vLD

•   As we have discussed before, the Bears are adversely impacted by a complete axing of the entire preseason. Not only did Head Coach Matt Nagy spend the offseason owning up to last year’s misstep, he cited lessons he learned from last year as to why he was vowing to play his regulars throughout this preseason. Now, we’re in danger of not having a preseason at all. Nagy would’ve been digging that in 2019, but not so much this year.

•   Unfortunately, the most important position on the field is most negatively impacted by a lack of preseason. The open quarterback competition between Mitchell Trubisky and Nick Foles was going to be the singular thing to watch this summer. And preseason games were going to provide an opportunity for someone to win a job. Exhibition contests were expected to provide Trubisky to prove that his existing relationship with teammates and extensive offseason work could pay off in a big way. They also could have proven the value of Foles’ knowledge of the system and provided an opportunity for the newcomer to build a rapport with the playmakers. All in all, no preseason means a missed opportunity.

•   In any case, the show goes on. Maybe the Bears won’t need to see preseason games to come a decision. But I think they wanted to see it as part of the decision-making process. If it’s any consolation, at least the Bears will be able to judge both quarterbacks against a top-flight defense. I brushed off Trubisky’s camp struggles last year by tipping my cap to the Bears’ defense, but will do no such thing this year.

•   The NFL’s ability to play games with fans in the stands being up in the air. With that in mind, it’s worth linking  this by Alex Shapiro of NBC Sports Chicago, who shares images from Reddit suers who say they have received push notifications from Ticketmaster, and that the site is offering refunds for ticket-holders. In June, CEO Ted Phillips said he was “hopeful” the Bears can play games with fans in 2020. But that option might not be available as one hoped.

•   The results of The Athletic’s Bears fan survey are OUT:

•   Nothing sums up Bears fans like this collection of data: 45.4 percent of fans saying Nagy deserved the most blame for the 2019 season, 54.6 percent of fans responding they were “satisfied” with Nagy’s performance through two seasons as a head coach. Additionally, 65.2 percent of fans responding to the poll expect the Bears to win at least 9 games in 2020. In a nutshell, we’ve got Bears fans (1) placing a lion’s share of 2019’s struggles on the coach, (2) while also sharing a belief that the coach has done well in his first two years at the helm, and (3) expecting a winning season from said head coach. Go figure.

•   Long-snapper Patrick Scales (rightfully) has beef with his Madden rating:

•   Special teams contributors are people, too.

•   While some quarterbacks are working on their footwork, mechanics, and learning the playbook, Patrick Mahomes is out there doing this:

•   It’s a changing of the guard in Washington:

Major news for Washington football as the team is hiring Julie Donaldson to head up media and content.
Full story here —> https://t.co/1Qg8nkc6GJ

•   Elsewhere in our nation’s capital, Washington’s NFL franchise has re-hired Terry Bateman to play a role in its “name change and branding process.” Bateman previously served as the franchise’s Chief Marketing Officer.

For those of you who don’t know, I am a cartoon fanatic. I’m very excited and proud to release my own, starring myself and @thepeeweeparker . Stay tuned over the next few months to see how our story unfolds! #UncleVante pic.twitter.com/UnFb1G1JOE

•   With rookies scheduled to report to camp starting today, I think we’ll see more of this:

We have signed our six 2020 Draft picks. https://t.co/0zVQpsOJBR

On our next "Voices for Victory" #podcast we speak to longtime #VFoundation supporter, @WaddleandSilvy . Now in his own battle with cancer, he discusses his #cancer journey & what it's like to be a #cancerpatient during #COVID19 https://t.co/KWM0v0wN0y pic.twitter.com/cFwzhq7HpV

•  Running shoes, pressure washers, and chargers (woo hoo) are among your Deals of the Day at Amazon. #ad