Getting to Know the 2020 Chicago Bears: Cornerbacks Skip to content 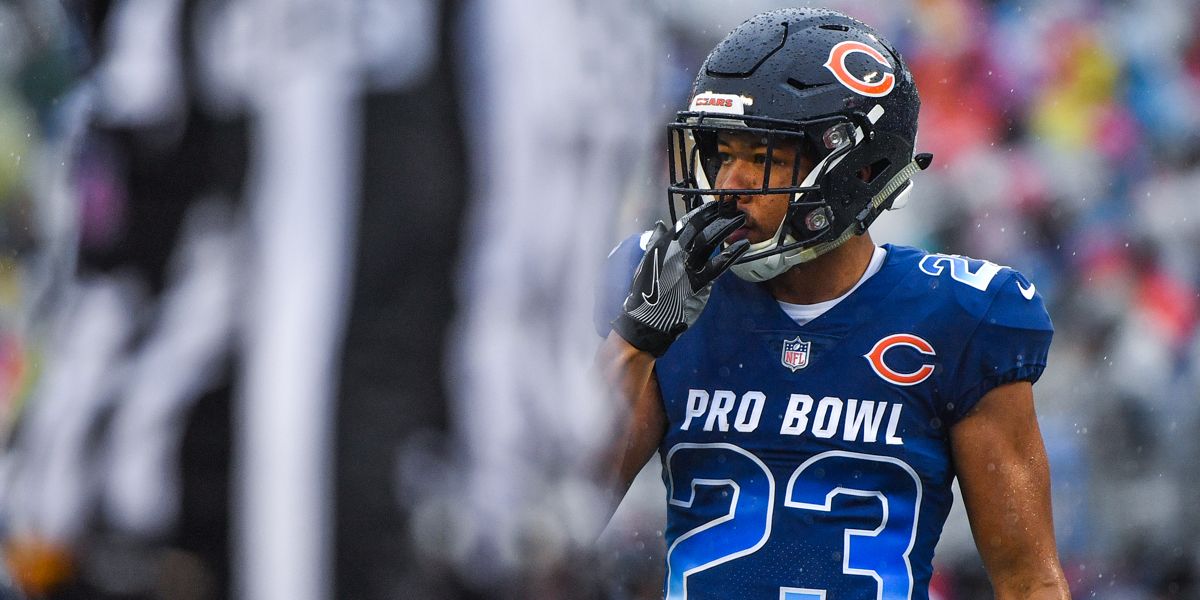 The competition for the CB2 gig is arguably the most interesting non-QB position battle. It’s a field that features a rookie with a ton of upside (Johnson), a young player on a “prove it” deal (Burns), a CFL standout (Roberson), and an undrafted free agent (Toliver) with minimal starting experience trying to climb the ladder. In a traditional camp, I’d clear my schedule to watch these guys duke it out. As it stands, it’s still a fascinating battle. We’re talking about a position that will start opposite of a boundary receiver. Depending on how a team lines up, that could be Davante Adams, Marvin Jones Jr., Kenny Golladay, or Adam Thielen. And that’s just the guys in the division.

Watching the evolution of Kyle Fuller since the start of the 2017 season has been a treat:

Fuller went from being on the cusp of the cut list before the start of the 2017 season to being a two-time Pro Bowler and 2018 first-team All-Pro. It’s a remarkable ascent considering his uneven play in his first two years, which was followed by his third year being wiped out by an injury. Still in his prime, Fuller figures to maintain his spot as a top tier cornerback.

In case you’re unfamiliar with the Bears’ schedule, these are the receivers Chicago’s corners have to deal with in 2020:

So, yeah, whoever wins the CB2 competition will have their work cut out for them on a weekly basis this season.

Since the start of the 2017 season, Fuller has come up with 12 interceptions and 55 passes defended en route to establishing himself as a darn good corner in this league. The 2019 season wasn’t as good as his breakout 2018 campaign, but he still showed the skills and ability that make him a tough customer. It’s just that there are questions elsewhere on the depth chart.

Did we mention that the starter opposite of Fuller is a question-mark? Because that starter will either be a rookie, someone who played in Canada last year, a 2016 first-round pick on a “prove it” deal, or an undrafted third-year player looking to prove himself. Buster Skrine is a serviceable slot cornerback, but could be overmatched if teams tried harder to isolate him. Sherrick McManis is ol’ reliable in a pinch, but ended last season on injured reserve.

I like the Bears’ cornerbacks room. It’s just that I feel as if I would like them more once the position gets settled.