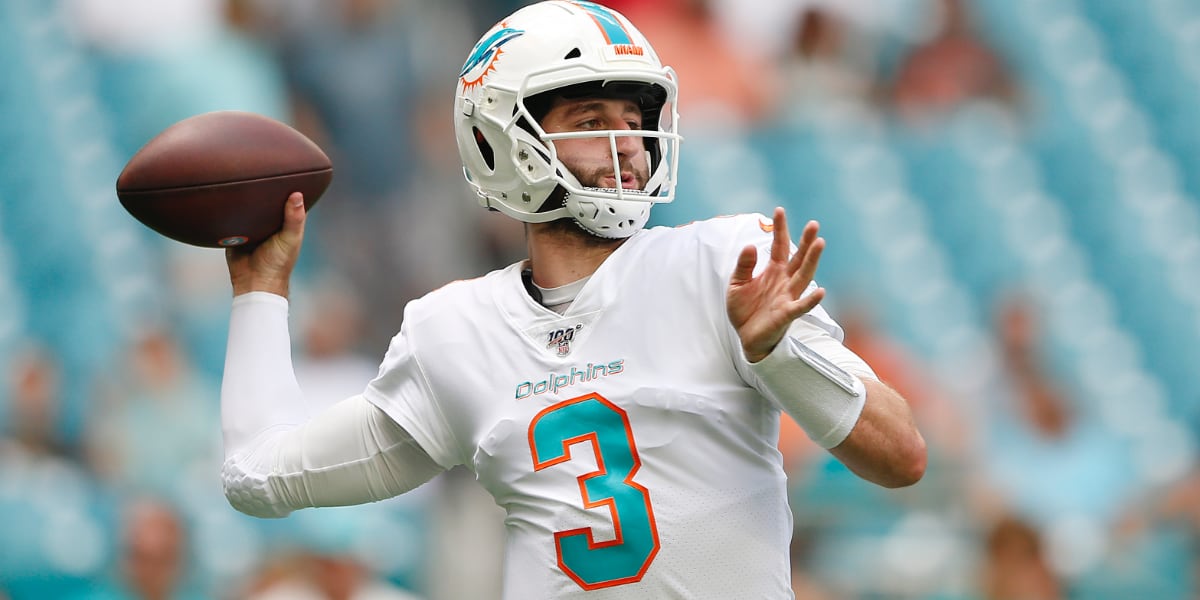 Say what you want about Twitter, but it is a place where ideas can be freely shared and exchanged.

Of course, some ideas are better than others. Among them, this one from Robert Schmitz of Windy City Gridiron:

Stop me if you’ve heard this before, but Josh Rosen is on the trading block.

Rosen, the 10th overall pick in the 2018 NFL Draft, has struggled to find his footing as a pro. He spent one year with the Cardinals before being traded to the Dolphins after Arizona selected Kyler Murray with the first overall pick in the 2019 draft. More than a year after that move, Rosen finds himself behind Ryan Fitzpatrick and 2020 first-round pick Tua Tagovailoa on Miami’s QB depth chart. At this rate, I’m not even sure if he’ll get enough practice reps for proper development.

And perhaps, that’s where the Bears could come into play.

The 23-year-old Rosen has talent, athleticism, and a unique prospect pedigree. He was a high school All-American before taking his talents to UCLA. In college, Rosen earned Pac-12 Freshman Offensive Player of the Year and Freshman All-American status in 2015, as well as second-team All-Pac-12 honors in 2017. And I still can’t get over Rosen’s performance in this comeback against Texas A&M:

September 3, 2017: @josh3rosen leads @UCLAFootball to the biggest comeback in school history, as the Bruins defeat Texas A&M 45-44 after being down 34 points in the second half. pic.twitter.com/WMmaFewpjB

Because two NFL teams have drafted first-round quarterbacks after acquiring Rosen, part of me is unsure if he has what it takes to be The Dude in an NFL huddle. But at this point, the acquisition cost figures to be so low that it would be worth a try to see if he can be pried from the Dolphins. If the price is right, the Bears should absolutely add Rosen to their quarterbacks room.

Ideally, in the scenario provided by Schmitz, Rosen can sit behind Nick Foles, learn the offense from the starter and the cavalcade of quarterback coaches, then be in a position to grow from there. Rosen would make for an intriguing contingency plan, one with a fair amount of upside, too. And because he would still have two years of team control, there would be no pressure to accelerate his development. That would be a good thing. Moreover, Rosen’s mere presence wouldn’t preclude Chicago from drafting a quarterback in 2021. It’s a win-win-win for all parties as far as I can tell.

However, because this front office has strong ties to Mitchell Trubisky and is likely holding out hope until the very end that he can right the ship, it’s tough for me to envision such a forward-thinking acquisition to take place. But that shouldn’t stop us from discussing the idea.

UPDATE: Now the acquisition cost is nothing at all:

With Trubisky winning the quarterback battle, Rosen would have to come in as the QB3, but would it really be so bad to have him in the quarterbacks room and see what happens? Especially if you’re thinking you might draft a QB next year?