The Arlington Heights Bears of Chicago? And Other Bears Bullets Skip to content 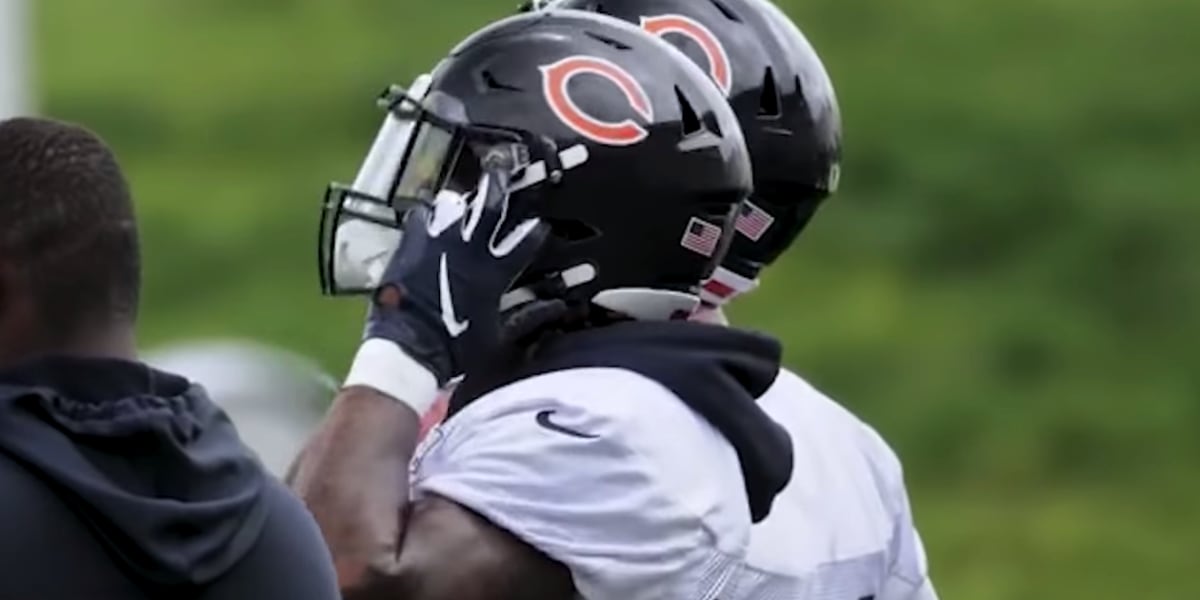 The Chicago Bulls are having their best week in a long time. It started with them waking up on Monday, winning a game, and sliding into the Eastern Conference’s eighth seed. On Tuesday, Zach LaVine earned all-star status. A day later, another Bulls win pushed them into the sixth seed. And now I’m discussing scenarios with friends in which the Bulls make the finals. Sure, some of them sound like something out of the “Homer at the Bat” episode of The Simpsons where C. Montgomery Burns’ ringers were lost to a series of misfortunes. But it’s nice to have those conversations again.

•   I’m miffed about never getting to Arlington Park to watch horse races. And with it going up for sale, it was only a matter of time until this discussion came into play:

If Arlington Park can't be home to horses, then it should be home to Bears. Column: https://t.co/Ltzs56RVuF

•   I won’t front. The idea of a new complex in the Chicagoland area that could house a football team, host a Super Bowl, be home to a Final Four, and bring on so many more attractions to the area is dreamy. And this is to say nothing of the potential revenue that could come with a shiny new toy. But the Bears have an absolute sweetheart deal at Soldier Field, a facility for which they pay rent and not much else.

•   It’s hard to imagine the Bears leaving that to spend their own money to build a state-of-the-art complex, especially when their lease doesn’t expire until the early 2030s. The only thing more difficult to envision is public money going to said stadium (especially right now). So while I’m not saying it’s a non-starter, there’s a lot of heavy lifting that needs to happen before we really get into the heart of that conversation.

•   All this to say that this conversation is a reminder that Soldier Field needs work. From a capacity standpoint, it’s the smallest stadium in the NFL. Not great when you consider Chicago’s market size and the nationwide (worldwide?) brand that is the Bears. It’s the most difficult pro sports venue to get to in the city, parking options aren’t great, the tailgate experience isn’t what it could be, and amenities could be better. The sight-lines are fine. And because I’m a sucker for nostalgia, I’ll battle anyone with a laser sword who says anything bad about the columns on the exterior. But everything else is a big yikes for me. So … maybe it’s time to think about something different.

•   I’m thinking about it, so now you have to, too: It’s wild how Ted Phillips gets praise for a stadium remodeling when we’re discussing the idea of moving the Bears to Arlington Heights 18 years later. Under Phillips’ watch, the Bears essentially built a brand new stadium that opened in 2003 inside the shell of its old one and monumentally screwed it up. Not great, Bob.

•   Honestly, anything that isn’t a Bears stadium within city limits that is easily accessible by public transit, with superb parking options would be a disappointment to me.

•   Moving on from the stadium to the players who suit up inside of it, I’m perplexed by how often I’ve seen Aaron Jones connected to the Bears:

CBS Sports, kindly get the fuck out of here with that last option, please and thank you pic.twitter.com/GrRZ4DDpph

•   Then again, the Bears have had so many problems finding a quarterback over the years, maybe it’s time to do something weird. Maybe the Bears should sign Jones, team him with David Montgomery, and run triple option out of the straight-T formation. We already know Tarik Cohen can throw it.

•   Elsewhere in NFL rumors, it’s time to re-adjust your expectations if you thought JJ Watt was going anywhere on the cheap:

JJ Watt has received several offers from teams. The best offer he has received right now is between 15-16 million per year, per sources.

•   Olin Kreutz’s growth in talking about football behind a mic is one of the most impressive glow-ups I’ve seen as a media observer. There’s plenty of good stuff here:

@Jmack37 and I decided to start a Podcast. On our first show we talked about The Bears O-Line /run game myth. Coach Tony Wise joins us to talk about the draft and what he looks for when scouting O lineman. also our thoughts on Allen Robinson. : https://t.co/SjqVtA4yCE

•   Anker speakers, kitchen fixtures and faucets, and more are your Deals of the Day at Amazon. #ad