Will Matt Nagy Give Up Play-Calling Again? It's a Possibility Skip to content 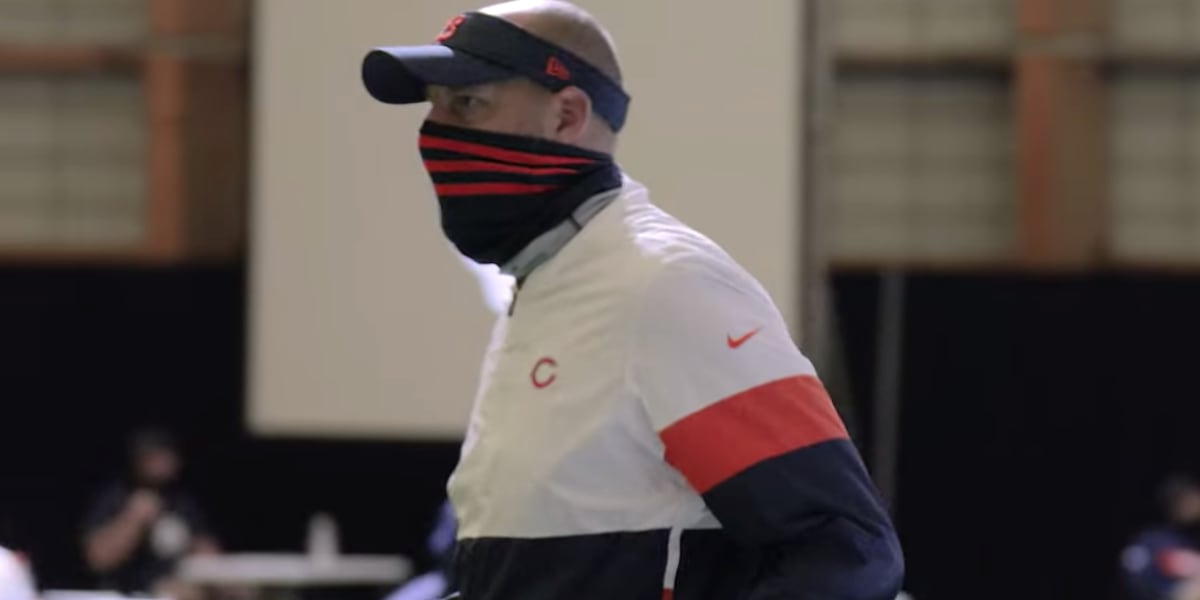 When Matt Nagy put “everything on the table” for his stalled-out offense last season, it was a (small) sign of progress for the Bears head coach. Because that promise included a willingness to give up play-calling, if push came to shove. And, indeed, that is eventually what happened.

Well, you know what they say: History has a strange way of repeating itself. And it seems we’ll be re-visiting that table with everything on it quite soon:

Matt Nagy asked if the play caller could change.

“Just to keep it super simple, everything is on the table, and that’s probably the easiest way to put it. The evaluation part. Everything.”

Alright, so Nagy isn’t ruling out giving up play-calling duties. That’s good. Self-awareness is a good thing. As is the self-evaluation process. If you’re self-aware enough to know that what you’re doing isn’t working, then passing off some responsibilities to others should be easy. Especially if doing so can help the picture get better as a whole.

But let’s be real: That Nagy is doing this for the second straight year is bad. Maybe not in the obvious short-term sense of it all. But definitely in the big-picture sense. I don’t imagine the Bears went into hiring Nagy in January 2018 with the thought that he would have to give up calling his own offense twice in the first four years of that contract. Getting to this point once was enough. Doing it twice, however, paints a damning picture of an offense and its play-caller.

So, perhaps the time has (once again) come for Bill Lazor to take over and add “play caller” to his duties as offensive coordinator. If you’ll recall, handing over those responsibilities to Lazor coincided with a refreshing run of competence from Chicago’s offense. There was a four-game stretch in which the Bears offense scored at least 30 points, which was the first such occurrence since Gale Sayers’ rookie season in 1965. The Sunday Night Football crew dubbed said it was the “hottest offense in the league” leading into the season-finale. Admittedly, a chunk of those good times came because of the competition the Bears were facing down the stretch. But it doesn’t mean we should overlook what Lazor did as a play caller during his time.

There were things that were working conceptually. Drives looked to be constructed with meaning. The run game and passing attack were complementary of each other. And in the end, points were scored. Lots of them. Simply put, if Lazor can marry some concepts again to aid in Justin Fields’ development and get the offense in gear, then Nagy shouldn’t hesitate to make the move.

If this feels like one of those what’s old is new again situations, it’s because it is. Just as he was last year, Nagy was asked about giving up play-calling responsibilities in the midst of his offense’s struggles. And much like he did last year, Nagy gave a relatively vague answer about “everything” being on the table. But it’s worth pointing out that when this came up last year, this was the same answer Nagy gave before jettisoning himself from play-calling duties. Do with that information what you will.