Are the Bears Gearing Up to Go "Big" in the 2022 NFL Draft? Skip to content 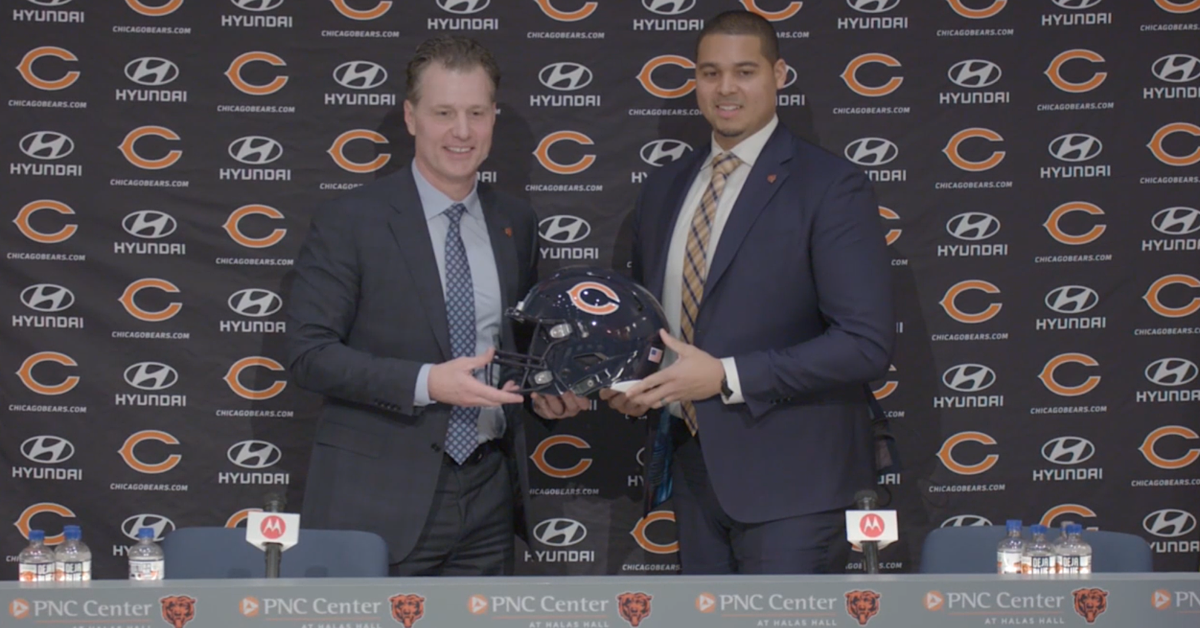 The NFL Draft is 10 days away, and when it comes to any plans for Chicago’s football team, it’s time to start thinking big. Well, not like big big, but BIG big. You got that?

I’ll clear it up: Greg Gabriel, a long-time NFL scout, scouting director, and media personality, hears that the Bears will taking “big people early” in the 2022 NFL Draft, a significant report given his background and history.

In talking to some personnel people around the League, they all feel the Bears are going to take big people early, not skill

To start, I don’t think I’m out of line assuming that “big people” is a reference to offensive and defensive linemen. And that also happens to track with what the Bears seem to be prioritizing this offseason. Sure, the team has needs at receiver and cornerback that could take precedence on draft weekend, but after watching this offseason unfold, it would make sense to go “big” early with the team’s second-round picks.

It shouldn’t be surprising that the Bears would want to use their premium picks to target tackles, guards, and other interior linemen on one side of the ball, as well as defensive ends and tackles on the other. Not with a defensive-leaning head coach and former offensive-lineman turned GM. So, maybe Ryan Poles has eyes for offensive linemen like Zion Johnson (Boston College), Kenyon Green (Texas A&M), Darian Kinnard (Kentucky), or Tyler Smith (Tulsa). And perhaps Head Coach Matt Eberflus will make a pitch for a defensive disruptor. A potential 3-technique defensive tackle such Perrion Winfrey (Oklahoma) or Logan Hall (Houston) could make sense. Obviously, these aren’t the Bears’ only options, but they are among the more interesting choices in the range we’re discussing.

And while we don’t have much to go off when it comes to predicting what a first-year GM will do for a rookie head coach, part of me wonders if free agency gave us a clue as to their plans.

Is Poles’ prioritizing signing a 3-technique defensive tackle (first Larry Ogunjobi and then Justin Jones), defensive end (Al-Quadin Muhammad), and a multi-positional interior offensive lineman (Lucas Patrick) at the outset of free agency a sign of things to come? Or is it a football red herring?

For what it’s worth, it would make sense for this front office to want to add potential long-term pieces at those positions in their first draft. Maybe this is the line of thinking we’ll get with a general manager who was once an offensive lineman and a defensive-leaning head coach. Lay a foundation with strength in the trenches, then go from there and pick skill position players later. It would be an old-school way to go about it, but I’ve never been one to complain too much when a team makes a point to improve up front. Particularly on the offensive side of the ball. And especially after the previous regime failed to do so in moments when it was obvious it was necessary.