The Extreme Value of Starting Before Christmas, Schedule Alternatives, 2K Ratings, and Other Bulls Bullets Skip to content 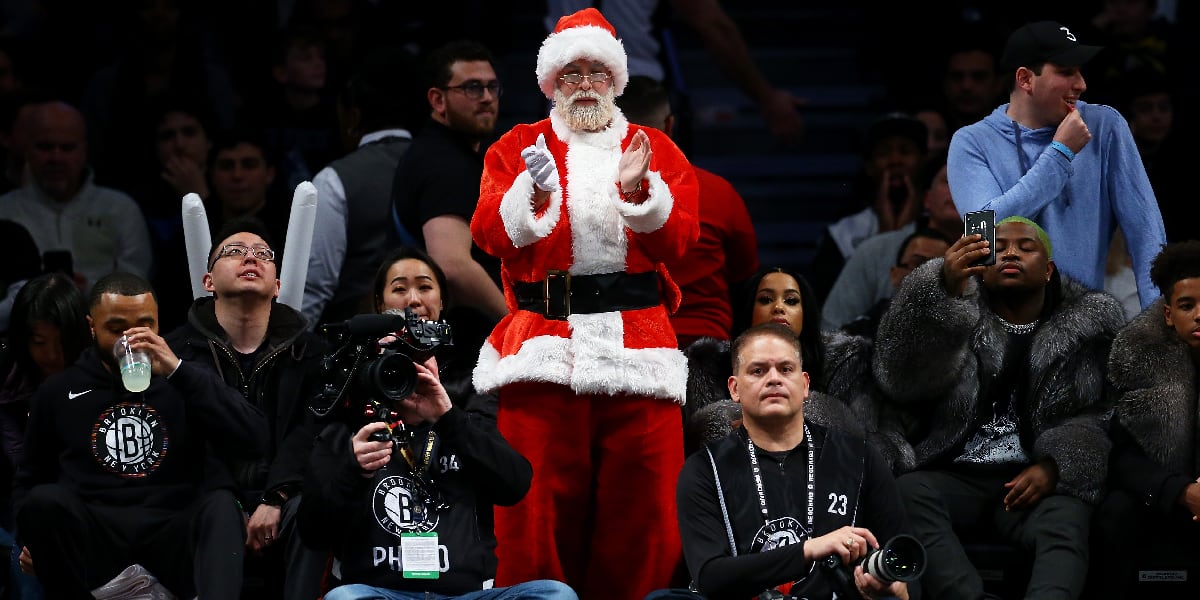 Since I’ve been an adopted Rays fan ever since the Cubbies got knocked about the Marlins (*shivers*), I got pretty darn rowdy last night.

At the same time, though, that was the type of game where I felt a bit empty after a while. Whether it’s the Cubs, Bears, Blackhawks, or (please please please) the Bulls, this city needs a legitimate playoff threat in this city again. Those high-stakes games just hit different in Chicago.

•   Why might the NBA officially decide on a pre-Christmas start to the NBA season later this week? Well, there are about $500 million good reasons why.

NBA league office informed Board of Governors of projected value for teams and players with Dec. 22 start versus later: More than $500 million, sources tell @TheAthleticNBA @Stadium.

•   Apparently, the league could add an extra $500 million in revenue if they keep the holiday season in the schedule. Basketball diehards and general sports fans alike have come to expect NBA action at the end of December, and Christmas Day has specifically become a massive stage for the league to show off its biggest talent. While I’m sure the goal will be to have fans in the arena at some point in 2020-21, it just doesn’t make sense to make that a necessary component to a season start, at this point. The country is spiraling deeper into the pandemic (*waves fist in the air*), so the NBA must proceed by controlling what they can. What does that mean? Well, a shortened season (the current proposal is 72 games) with limited travel. One idea being thrown around is that the NBA will have teams play “series” against opponents, meaning they may play one team two or three times during a road trip to limit future travel.

•   ESPN’s Adrian Wojnarowski reminded us that another weird-ass season could mean no All-Star Game. In the past, I wouldn’t be too broken up about this, but the Elam Ending proved to be so fun last season that I was really looking forward to seeing it again this season. Still, if this is what it takes to have a real season, I’ll accept it. Y’all better still name Zach LaVine an All-Star, though.

Another potential casualty of the 2020-2021 season and the coronavirus, sources tell ESPN: The All-Star Game. The event is scheduled for Indianapolis. No final decision has been made.

•   I talked about LaVine’s 2K rating in the bullets not too long ago, but the man of the hour has now spoken. I’m not surprised in the slightest that he’s frustrated with an 85-overall. After all, he’s coming off the best season of his career and that’s the same rating he had in 2K20. Right now, he is in line with players like Ja Morant, John Collins, TJ Warren, and Fred VanVleet – I like all those guys, but I like LaVine more. My guy better get a boost once the season tips-off. If you want to look at the full ratings, go here.

•   The Athletic finished their top-125 player list. Giannis Antetokounmpo, Kawhi Leonard, James Harden, and LeBron James make the top-tier of players, followed by Kevin Durant and Steph Curry in tier 1B. Hard to argue with that.

Michael Jordan & that @chicagobulls dynasty is nearly impossible to top