Billy Donovan Speaks: Coby White at Lead Guard, Style of Play, How to Use Markkanen and Carter Jr., More Skip to content 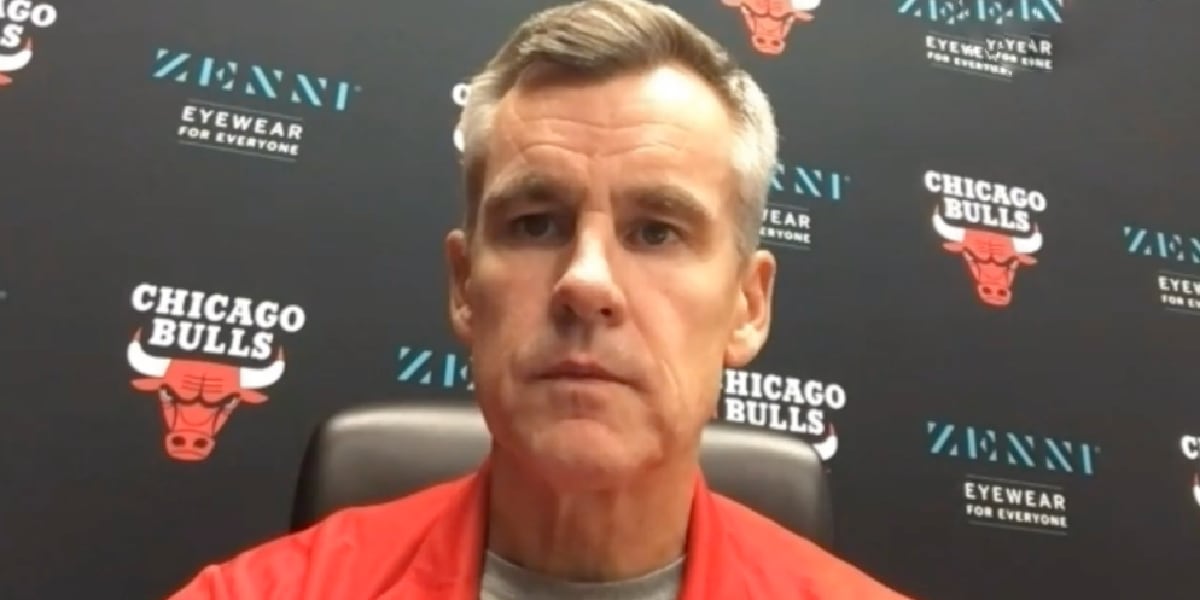 Billy Donovan said words, so it’s time to write words about those words! Word? (Editor’s Note: Eli, your intro was a little wordy, let’s clean that up.)

When the Chicago Bulls decided not to add a pass-happy guard in the draft or free agency this offseason, it signified confidence in Coby White. On Tuesday afternoon in his first Training Camp conversation with reporters, head coach Billy Donovan further demonstrated the revamped organization’s faith in the second-year guard.

Donovan not only mentioned White and “primary ballhandler” in the same sentence, but he was very clear about his belief that White will take another big step in the right direction during the 2020-21 season.

“I feel good about it. The one thing about Coby, although he just completed his rookie season, I think he got a lot of valuable playing time and a lot of valuable experience last year. Generally, I think you see players, when they get that kind of experience, make a jump and make some growth. Coby is a very competitive guy, he is a very hard-working guy, and I would anticipate that he’ll make a jump.”

I know, I know – any head coach is going to express confidence in his players during training camp. However, let’s remember, Donovan reportedly accepted this position because of the close role he could play with the front office. In other words, both Arturas Karnisovas and Billy Donovan see White as a viable option at point guard. Both guys have been around quite the impressive talent, so if they see White as worthy of a shot at playing lead guard, then that could tell us a lot about his long-term potential.

The concerns about White as a facilitator are valid. Donovan may view him as having some valid experience under his belt, but that experience didn’t include much true point-guard play last season. With that said, I’ve always been on the side that he is a better natural passer and distributor than he’s given credit for. Perhaps the new coaching staff feels that way too, as the next step Donovan said he wants to see White take is actually more as a leader.

“He’s a great competitor, he’s really really emotional in a good way –  like he really cares and he’s passionate – how do you take that and now have it impact the rest of the group? And I think that will be the next step for him in terms of what kind of vocal leader he can become as a point guard.”

A lot can still change between now and the start of the season, but all signs point to the Bulls giving White a chance to run the show. Consider me PUMPED AS HELL!

Lauri Markkanen and Wendell Carter Jr. are not the cornerstone pieces Bulls fans once hoped they could be … or they’ve both been victims of circumstance. Based on Donovan’s comments, it seems like he leans toward the latter.

Markkanen had a career-worst season in 2019-20. The Bulls took away any and all versatility to his game as the big man went from shooting 360 shots in the paint in 2018-19 to just 253 last season. Another annoying stat: He shot just 21 mid-range shots last season compared to 104 the season before. Oh, and one more thing, Markkanen had 51% of his shots come via the catch-and-shoot, which was up from 40.9% in 2018-19 (for more on just how limited the Bulls made him check out our post from June).

And just before you start counting games in a COVID-shortened season, note that Markkanen played just two more games in 2018-2019 than he did in 2019-2020.

Donovan slightly threw the old coaching staff under the bus when he practically claimed that Markkanen will no longer be a one-dimensional talent:

I think Lauri has really worked hard this offseason. I think he is going to continue to evolve and get better. What I do not want him to be, from watching film, is what I would say is one-dimensional – just a catch-and-shoot forward. I think those guys become too easy to guard.”

Meanwhile, for Wendell Carter Jr., Donovan also said what many of us have wanted to hear.

Coach on Wendell Carter: “I think there’s a lot of things he can do: he’s a facilitator, a good passer for a big man. Doing more around the perimeter will be a big part of his growth… I think Wendell is someone who is very bright… and he can make people around him better.” pic.twitter.com/pcFSzZJ29p

Rather than re-hash old words, I’m going to dump this nugget from our pre-training camp post the other day that relates to Donovan’s comment:

From the moment training camp tips-off, I expect we hear about a system that puts Carter Jr. in a position to succeed, specifically on the offensive end of the floor. From Al Horford and Joakim Noah to Domantas Sabonis and Steven Adams, Donovan has coached a wide range of successful big men. While all are very different players, they have had one thing in common – they pass the ball. Carter Jr. averaged 2.0 assists per game in college, but he has failed to reach that mark in either of his two seasons in the NBA. Combine Donovan’s affinity for using his big men with Karnisovas’ recent experience watching Nikola Jokic distribute the ball, and I think we should expect Carter Jr. to promote far more ball movement this season. Call it a hunch.

Group workouts haven’t even started, but it seems like this is starting to come to fruition.

While it’s hard to say just how much better this team will be in the win column this season, we probably can safely assume that the way they play will look a whole lot different. Donovan didn’t give specifics, but he did put in general terms his offensive philosophy for this team:

Donovan on style of play: Run. Move. Cut. Help each other get good shots. Don’t rely on LaVine being so dynamic. (I read that as less iso.)

In many ways, this is what it felt like the Bulls should have done last season but never did. The Bulls heavily relied on ISO ball from Zach LaVine and spot-up shooting from, well, most others. With such young and mobile big men on the roster, there is no doubt this team should be tiring out defenses on the opposite end of the floor. Not to mention, with no real superstar on the roster, the ball will have to be moving at all times to set-up the best looks.

Two things I’m a tad worried about: (1) Coby White works best in transition, so how well can he set up plays in the half-court? (2) How creative can Donovan get schematically? The past couple of seasons he has had a superstar talent on the roster to help run the show. His teams have also played plenty of ISO ball in the past, so can he avoid old habits and constantly influence his team to share the ball.

What About the Rookie?

The Bulls No. 4 pick is a project. Nothing about that means he isn’t a worthwhile selection, but it should remind us to temper expectations for the youngest NCAA prospect in the draft.

With that said, Donovan certainly sounded like he has high hopes for the versatile forward on Tuesday, and he seemed to point toward his defensive capabilities as the skillset that should immediately translate to the NBA level.

Coach on Patrick Williams: "I think defensively, he's got the capability to guard different positions… He's been a PG growing up, he can pass… The thing I've been really impressed with is getting to meet his family. He's extremely hard-working, humble, wants to get better." pic.twitter.com/hnQIvHhE0I

In general, Donovan sounded excited to have the opportunity to work with such a raw prospect. Much like he did in college, the opportunity is there to really help shape Williams into the players the Bulls need for years to come.

You can check out Donovan’s full press conference via Periscope below: