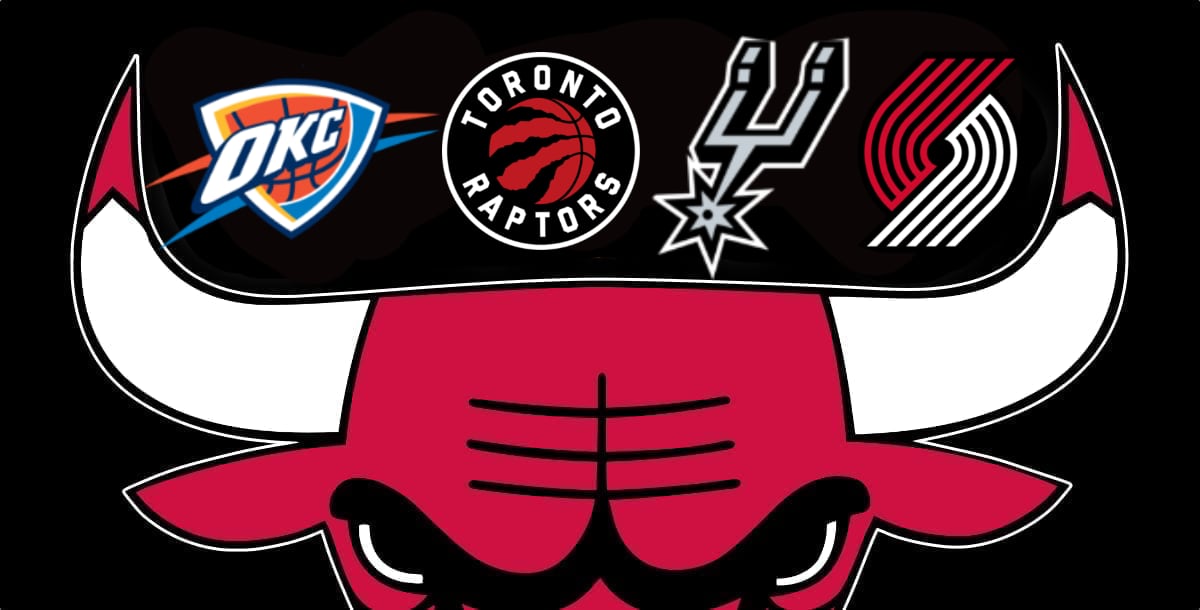 It can only go up from here. I hope.

A Very Bad Loss, the Impact of Ball and Caruso, Could Pistons Keep Grant? And Other Bulls Bulletshttps://t.co/U4vjsMQ9MR

LaVine, Green, and Vucevic All Listed as Questionable for Tonight’s Gamehttps://t.co/zG6bb4e0Tp

Thunder: Vit Krejci OUT (ankle), Derrick Favors OUT (back)

Bulls: Things can’t get much worse than they’ve been the last two weeks, right? First, it was the ESPN laughers against Brooklyn and Golden State two weeks ago that featured a scare for Zach LaVine. Then, the Bulls went 1-3 last week and learned that Lonzo Ball would undergo knee surgery and Alex Caruso would have wrist surgery, severely depleting the Bulls backcourt depth. Fortunately, Zach LaVine and Javonte Green are on the mend to lend some help to a shell of the Bulls’ former self that looked about as lifeless as humanly possible in a stinker against Orlando last night.

Thunder: It’s Billy Donovan’s old squad to open the week with the Bulls desperate for a victory after a miserable two-week stretch. Oklahoma City seems like the perfect bounce-back game for the Bulls. But, then again, so did Orlando. The Bulls have a bad habit of playing down to teams that they should mop the gym with, even when they were healthy. Let’s hope the Bulls can shake that tendency and take advantage of the Thunder to start the week on a positive note.

Raptors: The Toronto Raptors lead the NBA in offensive rebounding percentage (33.2%), and that’s not great for the Bulls, who have been getting killed on the glass and in the paint. Keep an eye on Scottie Barnes in this one. The six-foot-nine rookie power forward averages 15 points, eight rebounds, and four assists per contest this season for Toronto. Barnes and Pascal Siakam can give the Bulls fits down low, and Fred Van Fleet is always a threat to score 30.

Spurs: This isn’t the type of team that we’re used to seeing when we think about the San Antonio Spurs of the past two decades, but it’s still a Greg Popovich coached team, so they’re going to do the little things right despite the void of star-power on the roster. San Antonio’s 12.6% turnover rate is the second-best mark in the league, and they check in at No. 9 in the offensive rebounding department. The Spurs take care of the ball, and they rebound well.

Trail Blazers: No Damian Lillard for the Blazers this time around, but Anfernee Simmons has been averaging 19 points per game since the beginning of December, and Jusuf Nurkic gave the Bulls a tough time when they last met in Portland in November. Remember when the Bulls traded Nurkic on draft night for Doug McDermott? Fun times.

Last Question: Can the Bulls rebound from their most challenging week of the season and get back on track?

Uh, that was a resounding negative. The Bulls went 1-3 with losses to Memphis, Milwaukee, and an ugly and uninspired loss to Orlando to close the week. To add insult to injury (or injury to injury), Lonzo Ball and Alex Caruso will both be gone until sometime in mid-late March or maybe even April for Caruso. It’s been ugly lately, but let’s have faith that Donovan can keep this ship afloat in the meantime.

This Week’s Question: Can Nikola Vučević step up and have a greater impact on this Bulls team when they need him the most?