Lonzo Ball's Health, Vucevic's Contract Situation, Is A Big Splash Worth It? And Other Bulls Bullets Skip to content 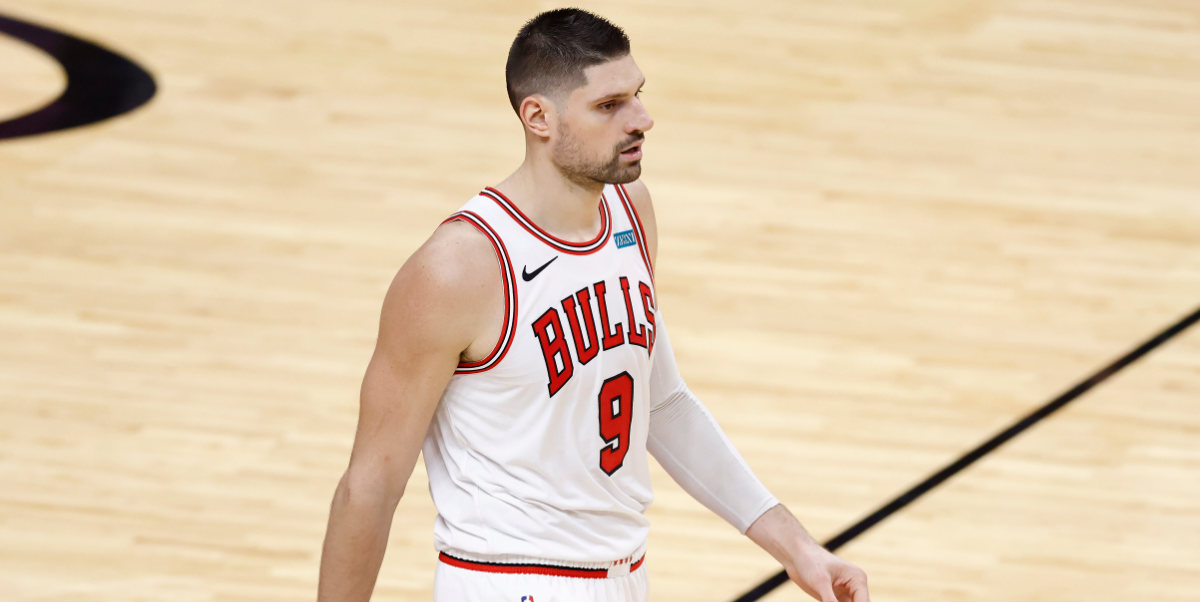 The Chicago Bulls played the Milwaukee Bucks closer in Game 1.

•   I recognize that talking smack after a quick five-game series loss likely isn’t the wisest move, but the wisest move isn’t always the most fun! What Game 1 of the Eastern Conference Semi-Finals reminded us is that the Milwaukee Bucks are reigning champions for a reason. The Celtics walked into the first contest with a rowdy home crowd, well-rested legs, and plenty of momentum after sweeping Kevin Durant. The Bucks didn’t care an ounce. Not only did they take complete control of the game in the second half to cruise to a double-digit victory, but they outplayed the best defense in the NBA. Yes, there is a lot of series left, but I think it goes to show why the Bulls can take a first-round loss to this Bucks team on the chin.

•   Don’t get me wrong, the Bulls shouldn’t be let off the hook for playing as poorly as they did over the final month of the season. But I do think we have to keep in mind the context of this playoff loss. While it may have demonstrated how far the gap remains between Chicago and a team of Milwaukee’s caliber, there also aren’t many teams at Milwaukee’s level. I guess all I’m saying is that I don’t think this front office is going to overreact to this first-round exit. They know improvements have to be made, but they also know few teams have answers for Giannis and Company right now.

•   One of the most obvious ways for this squad to improve is to simply get healthy. The fact Lonzo Ball has yet to fix his knee pain has become an increasingly scary situation. The good news is he now has a full offseason to do whatever it takes to get his body right, but the discouraging news is no one seems to know what that process will entail. We saw how important he was on both ends of the floor last season, and we also know the Bulls’ front office invested in him to be the franchise’s future lead guard. He played just 55 of 72 games last season and 35 of 82 games this season. At only 24 years old, there is still plenty of time for him to begin trending in the right direction, but let’s hope this summer solves most of his knee problems once and for all.

Lonzo Ball Is Still Experiencing Pain in His Kneehttps://t.co/YXyn0IeusR pic.twitter.com/ttyHuY9PIa

•   Another pivotal offseason storyline to follow will be the future of Nikola Vucevic. As I mentioned in bullets the other day, I’m of the belief that the Bulls wouldn’t look to move on from Vucevic unless it was for another All-Star-caliber big man. And, with that being the case, we do also have to wonder whether or not the team would consider extension talks with the 2x All-Star. I’m sure a handful of you just shouted at me through the screen for even mentioning that, but it is a line of business I’m sure the front office will discuss this offseason. Would I hand Vucevic his maximum four-year deal worth roughly $118 million? No, I wouldn’t. But maybe the Bulls can take advantage of a down year and work something else out. I just bring it up because we have to consider the fact that no one likes to lose players for nothing, and they run that risk with Vucevic entering unrestricted free agency after next season.

•   Speaking of only moving Vucevic for an All-Star-caliber center, how would you feel about Rudy Gobert? Evan Sidery presented the possible trade in his latest work over at Basketball News dot com. To be very clear, this isn’t an actual report or rumor but rather a discussion centered strictly around hypotheticals. Sidery offered a package of Nikola Vucevic, Patrick Williams, Coby White, and draft compensation in exchange for the 3x Defensive Player of the Year.

•   There is no question that adding Gobert to this frontcourt would clean up practically all of the Bulls’ rim-protecting problems, especially with Ball and Caruso already manning the backcourt. But this is basically a win-immediately move. The front office would have to be confident that this new core could win a championship over the next couple of years, which is a worthwhile question considering Gobert and the Jazz have had issues getting over the hump in recent seasons (in some part due to teams targeting Gobert’s weaknesses). At the end of the day, if the Bulls wanted to swing for the fences, I’d probably rather try to nab restricted free agent Deandre Ayton this offseason over Gobert. Not only is he the younger of the two, but I think he fits a lot more with the versatile identity this front office is trying to establish.

•   I can’t believe he just casually did this in a game. Just unfair.

Giannis' will to attack is relentless.

•   I can’t wait to see how the rest of this series plays out.

•   ICYMI: This was a pretty cool moment.

Ryan Poles getting choked up making the call on his first-ever draft pick as a GM is a nice reminder that the human element is real. Let’s not lose sight of it.

Thankfully, Marcus Stroman Was as Good As He’s Ever Been – https://t.co/03bsZfOBFd pic.twitter.com/zs5BlclI7K