Appreciating Great Baseball Moments and Other Bullets Skip to content 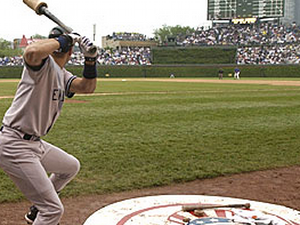 The Little Boy is home with me this morning awaiting a doctor’s appointment, so I’ll be in and out a bit early on today. To the extent he’s letting me get a little work done, however, I say this: I’m all about enrichment and development and what-have-you, but thank heavens this kid finally started to appreciate the sometimes-necessary babysitter that is television.