Javy Says Thanks (But Why?), All-Decade 1B, Hit Data, and Other Cubs Bullets Skip to content 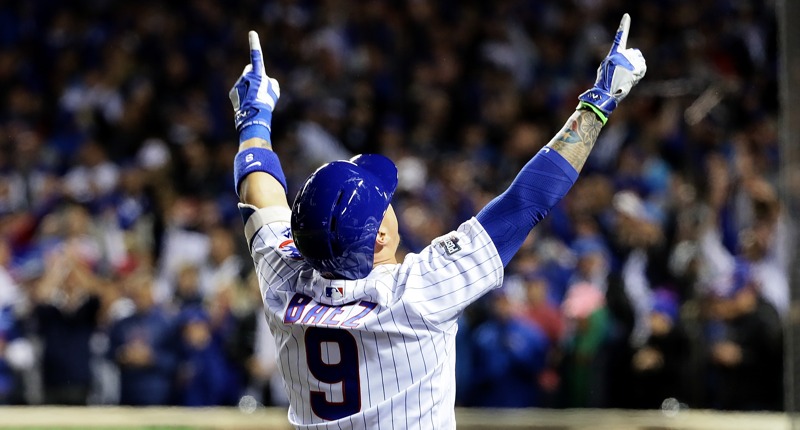 Massive power outage. No, not a slump from the Cubs, but a buncha wind and power lines down and such. Our entire city is without residential power right now, and it is not a small city. Apparently it went down overnight, and won’t be back until this evening. With the kiddos still at home from school, that’s gonna be a lot of device free entertaining going on … good luck, The Wife! (I kid! I swear I’ll be back from Starbucks to help as soon as news permits. What a terrible day this would be for a major Cubs transaction to break this morning … )

So Javy's IG story is just like a general positivity thanks, right? Not related to anything specific? (An extension would be nice.)

'Tis the season to freak about every social media update … pic.twitter.com/vSfbesxdVC

Many Cubs' players heading to instructs next month will have their first experience with new director of hitting, Justin Stone. I went to Elite Baseball Training, went through a similar process, took some swings in the cage and Stone broke down the data https://t.co/UvqKufcXyR

Who's playing first on your MLB All-Decade team?

Here's who our All-Star panel picked.

Don't get me wrong – I love chess, & I love the way it encourages careful consideration, slowing down, planning ahead, etc., all while theoretically being a fun game. It can really be a useful tool in the toolbox. But The Little Boy is 6, & it was hard to see it "landing." (2/8)

I've never been a great chess player, but I've played here and there all my life. I don't really know any of the scripted "strategies" or whatever, but I think I'm probably pretty decent. I've definitely gotten a lot better from all this playing the last couple months! (4/8)

Late last week we had to end a game early, and, since he was actually ahead in key pieces at that moment, I declared him the winner. It was basically legit, given the circumstances.

But he didn't want that win.

But this morning, he proved me wrong. It was one of the happiest little moments of my life. (8/8) pic.twitter.com/IVn6bkzVJu