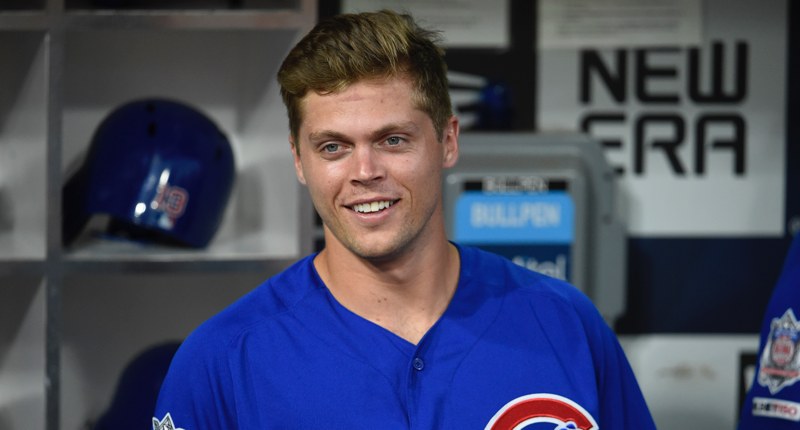 We’ve tried to be evenhanded around here about the tricky decision the Cubs have to make on Nico Hoerner early in this season, given the weird year taking place without any minor leagues.

In a short season, you want every useful player available from day one. You can’t mess around. But you also want to make sure, with a guy like Hoerner – who could be very important long-term and who has had almost no minor league experience – you’re still taking into account his development.

That is all to say, I’ve tried not to be too cavalier in EITHER saying, yeah, definitely Hoerner should make the team, or saying, no, he’s clearly not ready. We don’t really have great visibility to those things, and although I definitely have concerns about what he needs to work on offensively, I don’t really have a beef with the Cubs deciding to give him a shot to just be the rare guy who can work out those kinks at the big league level with limited pro experience. I only hope that he gets a decent bit of playing time if he’s gonna be up, and the Cubs are very quick to adjust their plan if it seems like Hoerner’s high-contact approach is being used too skillfully against him by big league starters.

Anyway, most of that stuff is just to set up what should feel like an obvious confirmation at this point. By all accounts, Hoerner is almost certainly going to make the Cubs’ 30-man Opening Day roster, as well summed up here by Mark Gonzales:

Nico Hoerner’s ability to fill multiple roles has carved out a spot for him on the Cubs, despite his lack of minor… https://t.co/jex8e09cn8

David Ross recently said that his main options at second base would be Hoerner and Jason Kipnis, so it’s been reasonable to anticipate Kipnis would get many of the starts (most?) against righties initially, while Hoerner would start against all lefties, and then also work in periodically as needed in center field or at shortstop. I would hope if he’s up, Hoerner sees more starts than JUST the weak side of a platoon, but if he’s looking good and/or if Kipnis struggles, it’s not as if Hoerner doesn’t have the potential to just take over the job.

Developmentally, the Cubs were left with two bad options for Hoerner this year: they could send him to South Bend to get regular practice at bats against big-league-adjacent pitching, or they could keep him on the roster to get much less regular real at bats against big-league pitching. For a youngster who hasn’t even appeared at AAA but who also has seen some big league time, neither of these are good options. But you play with the hand you’re dealt.

So, from where I sit, Hoerner getting semi-regular time at the big league level, especially if he’s actually contributing, is probably the better of two bad options. That doesn’t mean he won’t need time in the minors again in the future (you know, when there are minor leagues), and it doesn’t mean the Cubs might not change course at some point. But let’s just see what the guy can do in whatever at bats he’s given.