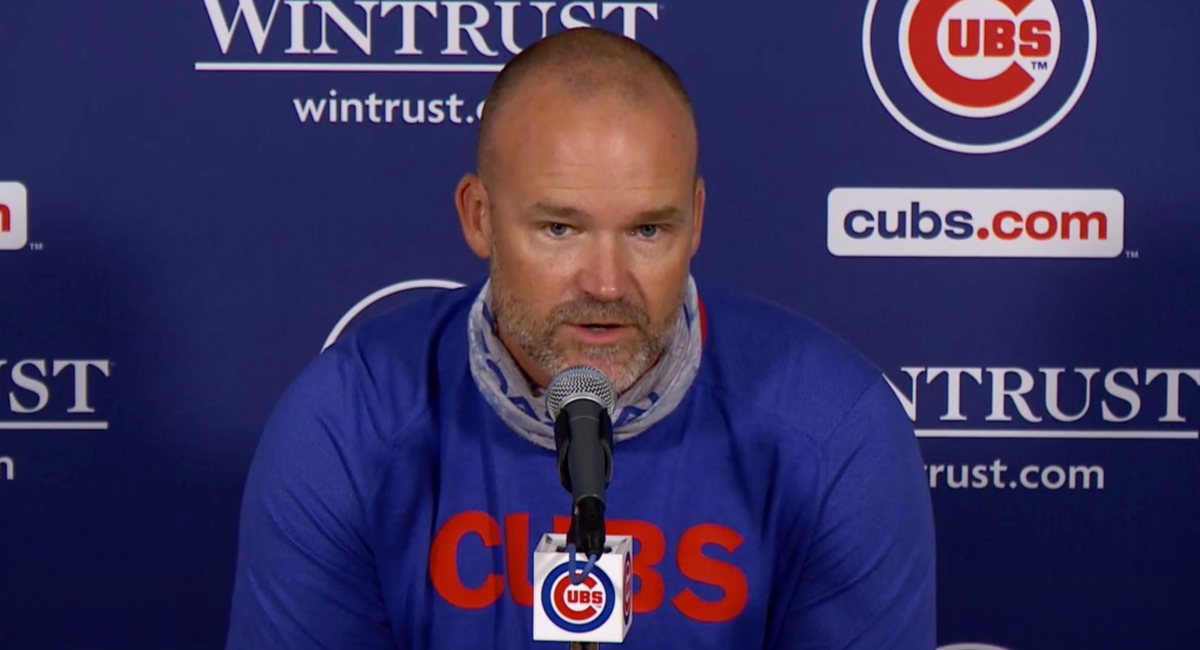 Chicago Cubs manager David Ross spoke on a range of topics pre-game tonight, and I thought you’d want to hear about a few of the items …

It turns out there IS a reason Jason Kipnis has been missing this week even as the Cubs keep facing righties:

Ross on Kipnis: “he’s dealing with a little something.” Expects him to return to lineup soon

The “little something” was not specified, and Ross didn’t want to get into it. The minimum IL stint is 10 days, with a maximum backdating of three days. So without IL’ing Kipnis today, they’re already into the “missing more time than necessary” zone if he ultimately does have to go on the IL. And if he’s still unavailable for another couple days, it’s kinda like … why didn’t you just IL him? But you’ve heard that story before.

As for Javy Báez getting the night off, it’s just a mental breather:

David Ross on resting Javy Baez today: "I just wanted to give him a breather mentally."

#Cubs Ross on giving Javy Baez day off: I think he’s just frustrated…I wanted to give him a day

That’s good and fine at this point. Of course, you know it’s possible that moving him down out of the dang cleanup spot might also alleviate some of that frustration.

On to something more positive, this would be very nice:

Ross, after speaking to Tommy Hottovy, said Pedro Strop is “getting close.”

Is there really a spot for Strop, even after guys like Jose Quintana, Andrew Chafin, and Tyler Chatwood return? I don’t know. I tend to doubt it. But give him that shot if he’s ready, if he looks good in South Bend, and if you can easily manage to open up a 40-man spot. I guarantee it would provide some energy, if nothing else. And that’s nothing to be entirely discounted in a year like this.

Speaking of providing energy, it seems like getting 100 mph off the mound would be a lift, too:

"They talk about Brailyn continuing to get to a point where they think he might be able to impact us, or have the opportunity to come up and maybe impact us. So, it's a wait and see game, really."

There are only two weeks left in the regular season, so I’m not really sure how you go from being unready to suddenly being ready for the final stretch of the season. But I tend to think there’s probably a bigger plan in place (either to have Brailyn Marquez come up or flat out not), and Ross is just keeping it close to the vest. Obviously we want to see Marquez up if he can help the Cubs and if he’s mentally ready to make that leap. Who knows? Maybe we’ll get a shocker the next time that open fifth starter spot comes up early next week ….