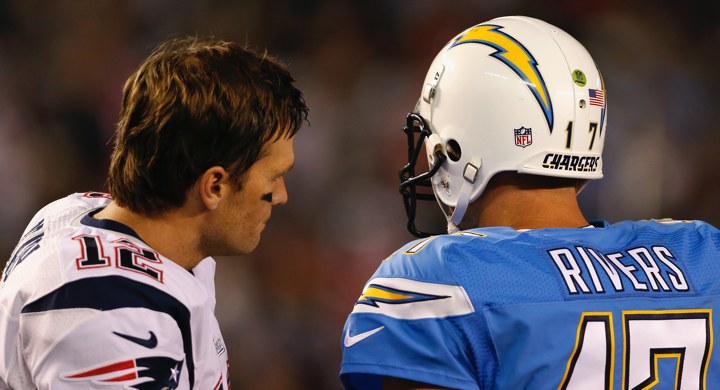 While the upcoming Super Bowl features a pair of young quarterbacks who figure to be entrenched with their respective franchises for the foreseeable future, the offseason that looms on the horizon could see a considerable shakeup at the position.

And it starts at the very top with a pair of signal callers, whom you would’ve never previously imagined wearing a uniform other than the one they have worn their entire careers.

Jason La Canfora of CBS Sports reports that Tom Brady is set to enter free agency with an open mind and a willingness to meet with other teams for what will presumably be his final contract. Brady is the face of the Patriots, but New England could be on the cusp of making changes throughout its organization. With that in mind, this could provide the avenue for Brady to leave while his legacy is in peak condition, while also providing himself with an opportunity to carve out one more signature moment with another franchise.

Brady, 42, has previously stated he wants to play until age 45. And if he still holds himself to that standard, it would take a three-year contract to do it. As for a return to the Patriots, it can’t be ruled out, even if La Canfora believes “it would be extremely surprising” if Brady and the Patriots came to a new deal before free agency opens up in March. Because while Brady could still return to the only team he has ever known, the belief is that he really will do his due diligence in testing the free agent waters.

Apparently, so will Philip Rivers:

Philip Rivers and his family “permanently” have moved out of San Diego, the QB confirmed to ESPN this morning.https://t.co/Aj2BZ1H11X

Rivers told ESPN’s Adam Schefter and Chris Mortensen he has moved his family out of San Diego to Florida in a move that settles his family closer to their roots, as the quarterback prepares for free agency. What Rivers’ football future looks like remains to be seen, but he has been adamant that retirement isn’t on his mind right now and that he wants to continue playing — even if it isn’t with the Chargers franchise that drafted him in 2004. Then again, I can’t imagine Rivers moving his family out of Southern California if there was even a remote chance of him playing another season in Los Angeles.

How these particular reports relate to the Bears is still to be determined. Because while the Bears signing either veteran quarterback to a contract seems a bit far-fetched, GM Ryan Pace made it seem as if competition for incumbent starter Mitch Trubisky is coming by way of offseason transactions. For what it’s worth, OverTheCap.com estimates the Bears currently have $7,030,860 in salary cap space. That isn’t much wiggle room to sign an impact player, let alone an established veteran quarterback. However, there are ways to manipulate the cap and create space, including some ways we explored as recently as November.

Moreover, the free agent market and trade routes figure to provide ample options for the Bears to choose from. The likes of Teddy Bridgewater, Andy Dalton, Nick Foles, Cam Newton, Marcus Mariota, and Alex Smith are among those who could hit the market in one way or another. And let’s not forget about the NFL Draft, in which the Bears have two second-round picks — either of which could conceivably be used on a quarterback. We have previously discussed Jalen Hurts, Jordan Love, and Jake Fromm as possibilities, while others (such as FIU’s James Morgan) will emerge as college showcase games play out.

So while Brady or Rivers walking through those doors at Halas Hall is a long shot, NFL free agency is infinitely more interesting with those two guys willing to explore it this March. Stay tuned.