Bosa Gets Paid, Warford Opts Out, Why the BoJack Disrespect? And Other Bears Bullets Skip to content 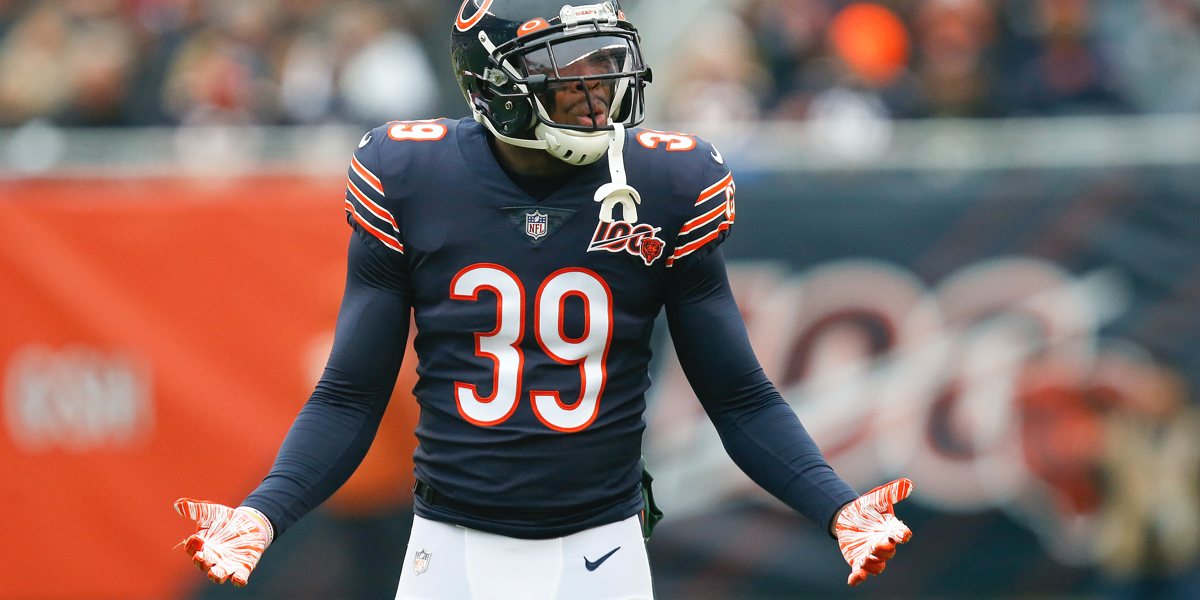 With talk of lemon pepper wings flooding my timeline, I had to do this last night:

There’s been a lotta chatter about lemon pepper wings online the last few days, so I had to do this…

I’m always looking for inspiration when it comes to dinner, so I’m curious as to who (or what) will serve as my muse today.

•   Myles Garrett’s time as the NFL’s highest-paid defensive player lasted all of 13 days:

Bosa gets $102M in guaranteed, $78M guaranteed at signing. https://t.co/TjXanQv0Gx

•   Cha-ching! Joey Bosa and the Chargers agreed to a five-year extension worth $135 million. The deal includes $78 million (!!!) at signing and $102 million (!!!!) in total guarantees. Bosa was the 2016 AP Defensive Rookie of the Year, is a two-tie Pro Bowler, and has racked up 40 sacks (plus 82 QB hits for good measure) in 51 games. With three 10-sack seasons in four years, it was only a matter of time before the Chargers locked up the Ohio State product for the long haul.

•   Let’s reset things at the top of the defensive market:

•   The pass-rusher market is booming, which makes the Khalil Mack deal look better with each one that passes it. This isn’t totally unexpected. Think about it. If quarterbacks are the most valuable players, then those whose jobs is to stop quarterbacks are arguably next in line. Hence, they figure to get paid by the boat-load. The time might come when that bubble bursts, but it won’t be at any point in the immediate future.

•   Even after signing Bosa, the Chargers still project to be in the top half of estimated cap space in 2021. And even with that being noted, part of me hopes the Chargers paying Bosa big money is a sign the league’s financial obstacles on the horizon aren’t as bad as we otherwise expect.

•   Larry Warford – once a rumored Bears free-agent target – is opting out of playing in 2020:

Three-time Pro-Bowl guard, Larry Warford, who has received multiple offers, is opting out of the 2020 season, per source. Warford is looking to start a family and will continue to train and revisit playing in 2021.

•   Warford is a three-time Pro Bowl right guard who the Bears were reportedly interested in pursuing back in May. Considering the Bears are set to open a camp competition featuring a former nose tackle and a converted right tackle for the right to start at the position, targeting Warford made sense. But Warford’s asking price might have been a hangup in the Bears’ efforts. So despite reportedly having offers on the table, Warford has opted to sit out 2020 and get back at it next year. Perhaps he will find the multi-year deal with ample money someone with his résumé at his age would likely command and expect on the open market.

•   Unless Eddie Jackson makes an unexpected appearance at the top of the list, I’m going to find myself mildly annoyed that didn’t make the cut for the NFL’s Top-100 players list. Here’s why:

Barring a miracle, it's likely #Bears DB Eddie Jackson won't be in the #NFLTop100 after being the top safety on last year's list. In 2019 he had:

The disrespect is unreal.

•   What else does Jackson have to do? Jackson is equal parts excellent, durable, and exciting as a defender. He plays any and every role you ask of him, and does it with flair while oozing greatness. To go from the top safety in the league to not listed at all is a joke. Add this snub to the bulletin board of motivation at Halas Hall. At this point, they probably need a bigger board. Or another one.

•   With Bears camp opening its doors, the folks at BearsWire put together a list of the best Twitter follows. Hope springs eternal for #BearsTwitter this time of year. And while it’s not always pretty, we’re a good group. Join us!

•   The world would be a better place if everyone had someone as supportive as Akiem Hicks on their side:

•   Another set of financial nuggets regarding Eddie Goldman’s opt out:

•   Washington quarterback Alex Smith will open camp on the physically unable to perform list. This news comes days after it was reported doctors cleared Smith to return to football activities. I’m still uncertain if he’ll play again after suffering such a gruesome injury, but I respect his hustle.

•   After listening to Aaron Rodgers name-drop a handful of wide receivers he watched during the pre-draft process, do you think he was disappointed when the Packers drafted Jordan Love?

At some point, the Packers have to make a decision between Aaron Rodgers and Jordan Love.

So what does @AaronRodgers12 think the franchise will do?

From NFL Now: #Vikings RB Dalvin Cook showed up, because the CBA made holding out almost obsolete. He still wants a new deal. pic.twitter.com/RtzTrhaEpk

•   In case you want to tune in to what’s happening this morning: