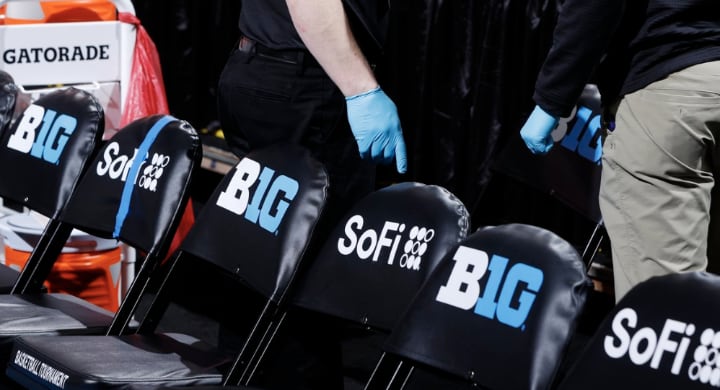 None of this feels real.

The NBA has suspended its season indefinitely following the shocking news that Utah Jazz center Rudy Gobert tested positive for COVID-19. On Wednesday night, right before the Thunder and Jazz tipped-off at Chesapeake Arena in Oklahoma City, both teams were sent back to the locker room and fans in attendance were told to exit the arena. For more on the initial news and report, make sure to check out our first post here.

The Jazz will need to coordinate with Oklahoma and Salt Lake City public health organizations before they can return to Utah, per sources. For now, the team is quarantined in OKC. https://t.co/OiKShfsyRa

Over the next few hours, heck days, I’m sure we’ll continue to get flooded with information about how the NBA plans to deal with this situation. Of course, our plan is to keep you posted on everything, and that includes the immediate fallout we’re seeing tonight. So let’s take a look at some of the reactions and information already trickling out around the league.

The Kings and Pelicans appear to have an issue here at the Golden 1 Center: Courtney Kirkland, one of the refs on the docket tonight, was part of the crew for Monday night's game between the Jazz and Toronto.

Prior to tip-off as the game was delayed, Chris Paul ran over to the Utah bench and said “what’s wrong with Rudy?” and they all yelled for him to get away. Now all the players are quarantined in their locker rooms, being tested for the virus.

Woj breaks down the current protocol if a player in the NBA tests positive for the coronavirus pic.twitter.com/DoMWIw2Mr4

Nebraska head coach Fred Hoiberg been taken to the hospital, source told @Stadium. Was sick, left the game early and was told to go to be checked out immediately. https://t.co/OPs1nmNTZg

The Nebraska basketball team is currently quarantined in its locker room at Bankers Life Fieldhouse, per @heady_chris pic.twitter.com/DusVQzmFVR

In response to a question about how this news impacted his team, Mark Cuban considered how it impacts hourly workers and said they'll "put together a program for them." pic.twitter.com/jhAtDnZAcz

Dallas Mavericks owner @mcuban: “Don’t jump to conclusions. Don’t be rash about it. Do what’s right for your family.”

This appears to be the Rudy Gobert incident, smhpic.twitter.com/cdOGbgInU5