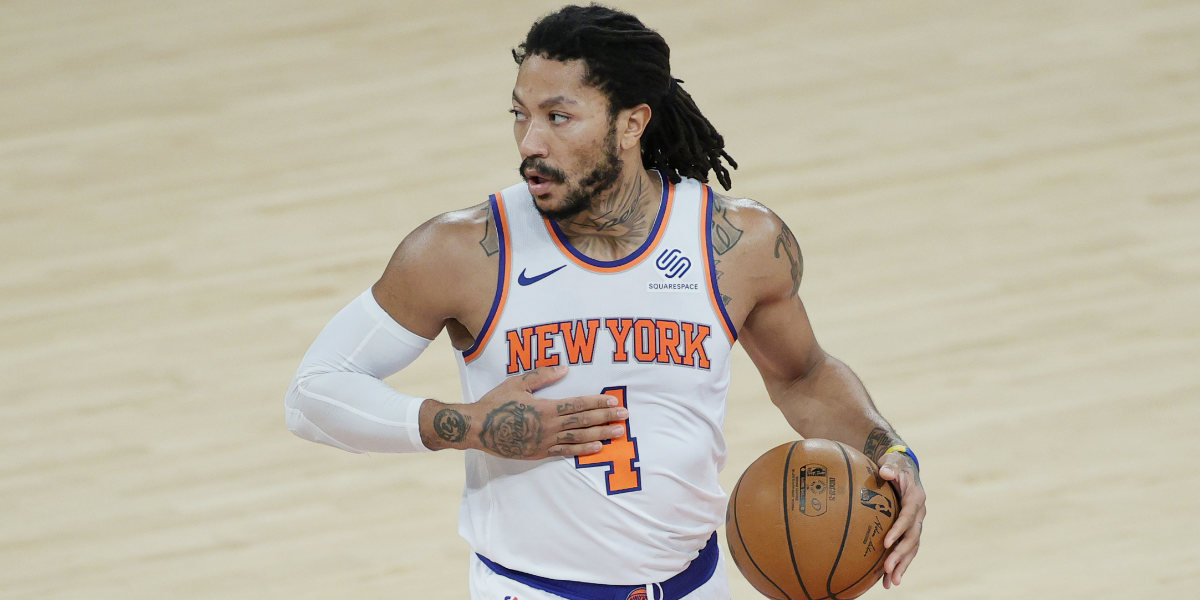 Bleacher Report’s Jack Fischer reported on Saturday that the Chicago Bulls and Lonzo Ball have “mutual interest” on a deal this summer. However, immediately after dropping that news, he shared the name of another guard who could end up in the Windy City.

Regardless of that outcome [Ball], there are strong indications from league sources that mutual interest exists between Derrick Rose and his storied hometown franchise, where he claimed league MVP honors in 2010-11. It’s unclear how Knicks head coach Tom Thibodeau can stand in the way of the Bulls’ potential advances, and Chicago will need to shed contracts to bring on two ball-handlers at such expected salaries. In any case, Chicago will likely search for more than one point guard on the free-agent market, with a goal of pushing its Zach LaVine-Nikola Vucevic tandem into the postseason, especially as Coby White recovers from a shoulder injury.

ESPN’s Adrian Wojnarowski connected Rose to the Bulls during his Free Agency Special with Zach Lowe, and NBC Sports Chicago’s K.C. Johnson did the same in a recent mailbag and column. So not only is Fischer the third source to come at us with this information, but he added a significant piece to the puzzle. The prior reports shared the Bulls’ interest in a reunion, but they never mentioned where Rose stood on the matter. Sure, Rose has always appeared open to rejoining the organization, though he is also coming off a very successful stint in New York with a head coach he loves. The Knicks have plenty of cap space at their disposal, and I doubt anyone would be shocked to see him stay in town.

Fischer also added that Chicago would consider Rose in addition to Ball, which is pretty surprising. While the assumption was never that Rose would be the team’s starting point guard option, it did feel like a one-or-the-other kind of situation. Ball is looking at somewhere in the range of $20-23 million a year. The Athletic’s John Hollinger projected that Rose could see somewhere around a $10 million AAV with a possible deal like two years, $20-25 million.

For the Bulls to reach $30+ million in cap space, they would need to renounce the rights to practically all of their free agents, as well as stretch-and-waive a guy like Al-Farouq Aminu. I don’t think we can rule that out, but it would be risky when we consider the depth this team would then need to fill out with the little money left over (not to mention, stretching-and-waiving anyone would slightly limit flexibility in future offseasons).

Still, Fischer’s report seems to suggest this is the path Arturas Karnisovas prefers. The only way this team adds multiple high-impact rotation players is by dumping guys like Thaddeus Young and Tomas Satoransky to open up spending power (trades could also be an option, I guess). If the front office does go this route, though, maybe we should not be too surprised. After all, we did watch five players all head out at the trade deadline, so perhaps we’re in for another massive overhaul.

We talked more about Rose’s fit here, and you can read Fischer’s full report below: