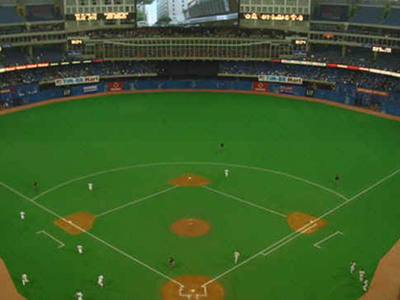 There’s an ALCS game seemingly every night, isn’t there?

After taking a nearly devastating 2-0 lead in the series, the Cleveland Indians will now leave the country, head to Canada, and try to clinch the ALCS while standing on the Blue Jays’ home turf.

It’s pretty much a must-win game for Toronto, then, as they turn to Marcus Stroman for the start.

Stroman also started in Jays’ last must-win game (the AL Wild Card), throwing 6.0 innings, while allowing just two earned runs on four hits, no walks, and six strikeouts against the Orioles. I think, given the option, you’d lock that production in every time.

Opposing Stroman and the Jays is another former top pitching prospect (and drone enthusiast), Trevor Bauer. Bauer pitched in Game 1 of the ALDS, but didn’t quite find as much success – 4.2 IP, 6 hits (2HRs), 3 runs – so he’ll be hungry to contribute.

If the Cubs do manage to sneak into the World Series, you’d like to see this ALCS get dragged out quite a bit more than it seems to be headed. But we’ll get there when we get there.

Your game thread is down in the comments, so let’s have some good, clean (safe-for-work) fun, eh?