Bring on the Packers, the Haters, the Hype, a New Identity, and Other Bullets Skip to content 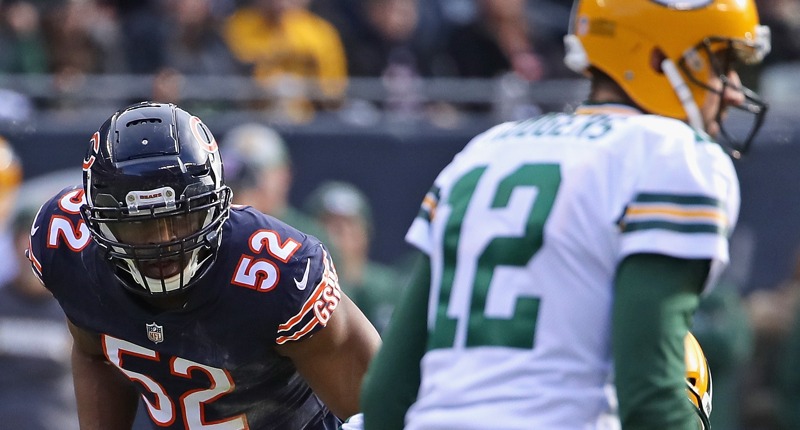 We have a fearless prediction, and here it is:

The Chicago Bears won’t make the playoffs in 2019 😬https://t.co/a0kSTpmZsX

One of THE ICONIC teams in the NFL!

The @ChicagoBears are ready to end their 33 year wait for the Lombardi trophy!

I'm not comparing Trubisky to Mahomes, but Nagy pointed out to me this offseason that along with sitting behind Alex Smith for a year, Mahomes also stepped into an offense where most guys had multiple years in the system. This is Year 2 for everyone on the Bears. Not just Mitch.

Bears WR Taylor Gabriel says he hopes he gets a shot to beat Adrian Amos deep. He says they stopped texting this week: "I'm not your friend this week. I'll be your friend again next week."

Watching last years Bears games again and while I know he has some limitations as a passer, Trubisky's mobility can just kill you. He has a great feel for pressure and keeps his eyes downfield when escaping it. Have to keep your discipline as a pass rusher.

100 hundred days ago, the Tribune began counting down the best Bears ever.

Hours went into deciding the rankings, but no discussion was needed for the top spot.

Walter Payton is the best player in the history of the Chicago Bears.https://t.co/wCWXBKMVaR pic.twitter.com/18JRIzgBhd

Bears to the Super Bowl? You can bet on it! pic.twitter.com/UClBCf9vbE

Please help @CEmma670 and myself raise money for a great cause, the Bears Care Foundation!!! https://t.co/bw0Uoz7Uca

IT’S GAME DAY!! A ticket from the only @ChicagoBears @packers game I got to go to. Along with a 30,000 crochet stitch Bears logo I did. #DaBears #Bears100 #BearDown #bearsfanforlife #lovedabears @BN_Bears @TheRealStaley pic.twitter.com/wzTzpunPjG