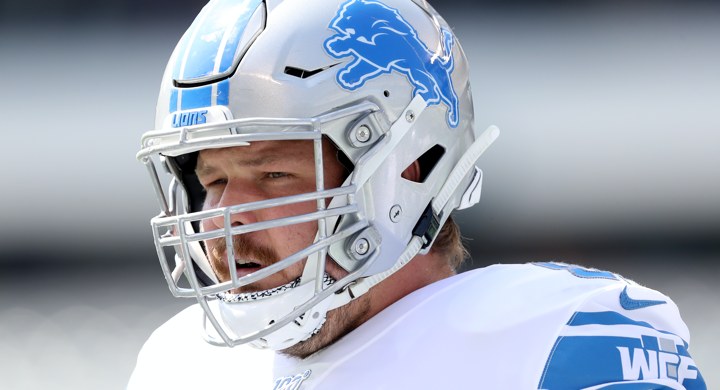 The Lions’ offensive line hasn’t been much to write home in recent years, but one thing stands out about Glasgow’s play — his performance as a run-blocker. Glasgow’s 74.2 run-blocking grade was the eighth best among guards, according to PFF’s grading scale. Considering that Rashaad Coward (60.5) and Kyle Long (33.2) struggled in that particular area last year, Glasgow represents a clear upgrade at the right guard position in an important aspect of the offense.

Of course, the Bears would need to run it more often in 2020 in order to get the most out of Glasgow’s skill set. But I suppose we can cross that bridge if we get there later.

Glasgow has been a solid performer since becoming a full-time starter. The consistency in his grades between 2017 and 2019 should be viewed in a positive light. As should the fact that he has starting experience at center and guard. That kind of versatility could be valuable should things break down elsewhere, as they have in the past when it comes to injuries.

Glasgow is part of that second tier of interior linemen set to hit free agency next week, just below the top-notch targets Brandon Scherff and Joe Thuney. Which means a different projected price range, one that could fit the Bears’ offseason budget.

OverTheCap.com’s projected contract for Glasgow calls for a three-year deal worth $31.5 million total It would be a deal that includes $20 million guaranteed and worth $10.5 million per year. On a per-year average, Glasgow’s projected contract would be the 10th most among guards. But with Scherff ($14M AAV) and Thuney ($13.5M AAV) projected to get more in their next deals, that would push Glasgow’s AAV to the 13th among guards. Feels like a value, doesn’t it?

Despite the obvious fit for a Bears team that needs to upgrade at right guard, I haven’t been able to go all-in on signing Glasgow. The hangup for me has nothing to do with him and everything to do with Chicago’s possible roster construction. Should the Bears sign Glasgow to the deal projected by OTC, they would have two interior linemen making at least $10 million per year. That doesn’t feel right. Not that I’m opposed to paying offensive linemen, it’s just that the Bears are already projected to be the ninth biggest spenders for offensive linemen, per OTC. So, admittedly, there is a bit of a fear of the Bears not getting the desired return on investment overall.

And yet, it is impossible to ignore the fit.

Glasgow, an Aurora, Ill., native and Marmion Military Academy product, doesn’t play a glamorous position and isn’t a top-tier target on many teams’ radars. But he plays a position of need the Bears must fill, does it well, and isn’t expected to command a cost-prohibitive contract (even despite my fears).

With that being said, I guess, yeah … the fit is obvious and perfect. Not quite what I expected going into a break-down of a Detroit Lions player.