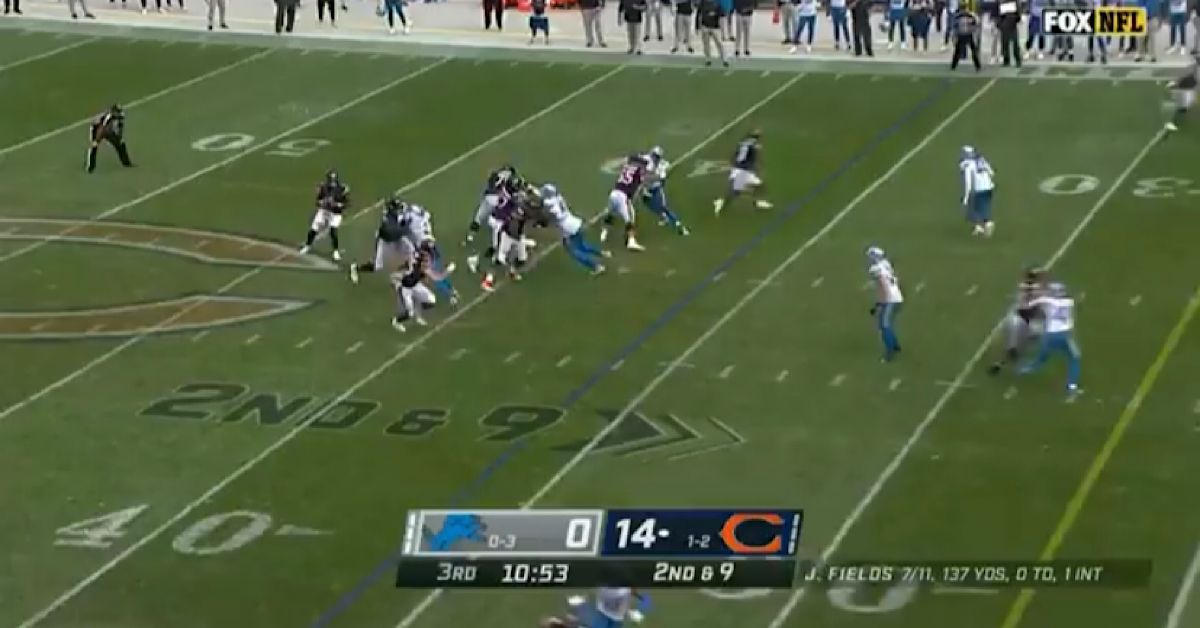 The Chicago Bears passing game has been missing a vertical element for quite some time.

Today? Not so much.

This throw from Justin Fields to Darnell Mooney…

…set up this TD for Damien Williams:

And the Bears took a 21-0 lead against the Lions.

You really couldn’t have dropped it in Mooney’s arms better than that. Seriously!

This is what we’ve been imagining the offense would look like foe quite some time. An established ground game and a deep passing attack that forces defenses that can’t afford to cover everything to try and do so with the talent at their disposal. And when we’re looking at the Lions, there isn’t much there. So it’s good to see the Bears take advantage.