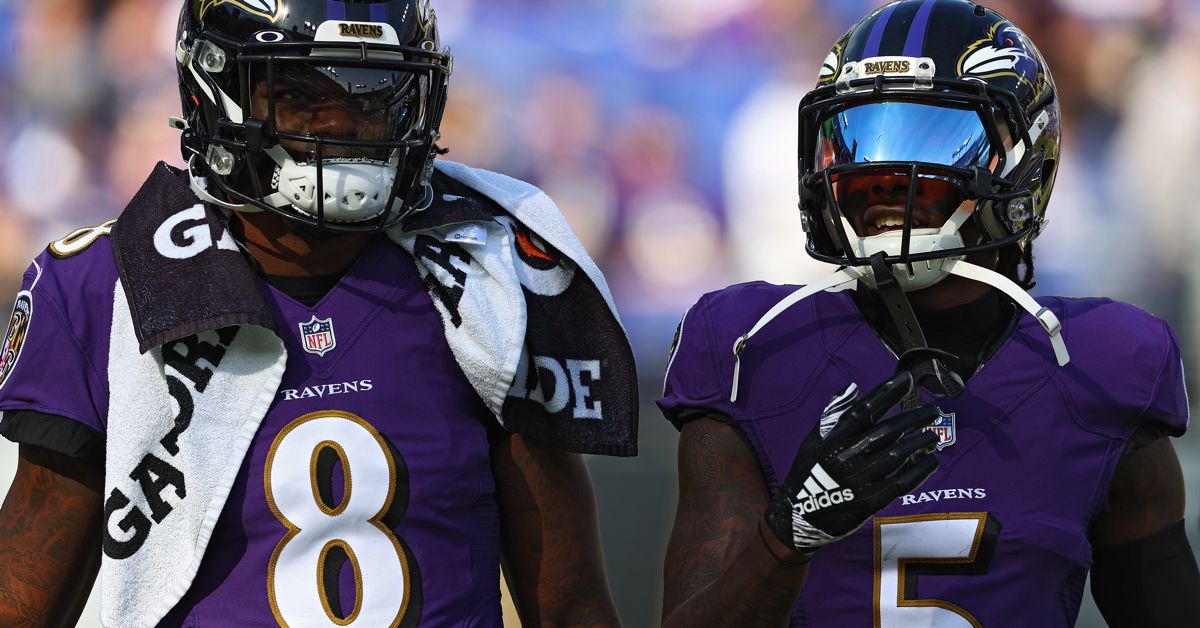 The first release of the Bears’ injury report ahead of Sunday’s game against the Ravens was a cringe-inducing one.

But when we get to this time of year, it feels like everyone is dealing with the injury bug. And when it comes to the Bears’ upcoming opponent, they’re getting it, too.

For starters, ESPN’s Jamison Hensley reports quarterback Lamar Jackson has missed consecutive practices because of a non-COVID-related illness. It’s the fourth practice this season in which Jackson has been out due to sickness. Offensive Coordinator Greg Roman told reporters he thinks Jackson is feeling better. And for what it’s worth, Jackson hasn’t missed a game this year. Moreover, he has missed just two games as a pro — one of which was a because the Ravens were already locked into the AFC’s top seed.

Nevertheless, this is one to watch for ahead of game day. Because, if we learned anything from watching last week’s Packers-Seahawks game, even the best quarterbacks are subject to the risk of rust that comes without a full practice load. This isn’t to say Jackson still can’t be dangerous. He is still very much a threat. It’s just that recent evidence serves as a fair reminder of what could happen.

Also worth keeping tabs on is that neither of Jackson’s top two receivers were practicing on Thursday either.

Marquise “Hollywood” Brown has been out with a thigh injury, while rookie Rashod Bateman was out for undisclosed reasons. Like Jackson, Brown has missed two days of practice. A third miss could put firmly put his status to play on Sunday in question. Jackson still has targets like tight end Mark Andrews, who is a threat in the red zone and between the 20s. But not having potential playmakers outside limits some things Baltimore can do through the air.

As for the Bears:

Seeing safety Eddie Jackson (hamstring) get the upgrade to practice (albeit with limitations) is an encouraging sign. Same for linebacker Alec Ogletree (ankle) and Damien Williams (knee), who were full participants on Thursday after dealing with limitations on Wednesday.

Unfortunately, Akiem Hicks (ankle), Khalil Mack (foot), and Allen Robinson II (hamstring) remain out of action. It is possible that Hicks and Robinson are being treated carefully and the team could be using DNPs as maintenance days. After all, these are experienced vets who know the ins-and-outs of their respective roles. But it’s still worrisome to see them on the injury report as not practicing. We’ll have a better idea of their potential playing status after Friday’s injury report drops.