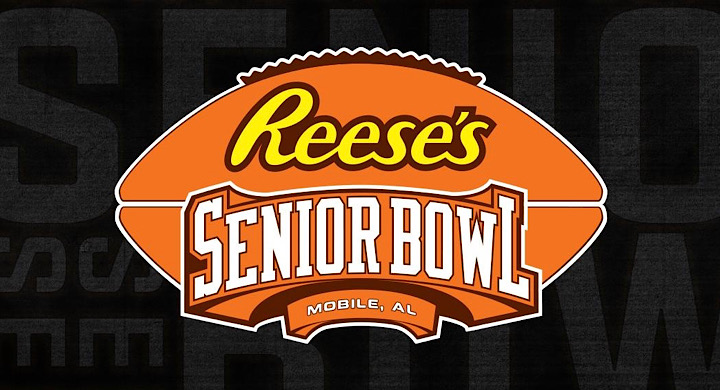 Senior Bowl Saturday is one of my favorite days on the football calendar, because there is nothing like watching some of football’s best draft prospects, identifying possible Bears fits, and enjoying one last ounce of college football before summer rolls around.

And for the Bears, it was something more. It was place for them to unearth some intriguing late-round prospects.

Remember when the Bears had Ryan Pace, John Fox, and their entire staff coaching the Senior Bowl and came away with just one pick from that week (OL Jordan Morgan)? It’s OK if you don’t. I wouldn’t blame you for erasing it from your memory bank. The good news is that times have changed. Chicago’s football team has a new general manager and head coach in charge. And this regime is wasting little time using the college football senior showcase to use in building their team. The Bears drafted four players who were Senior Bowl participants:

In other words, four of the Bears’ 11 picks made strong impressions at some point during the week of the annual college football all-star showcase game. That’s not inconsequential.

Moreover, GM Ryan Poles seems to value what the Senior Bowl can do with some big picture perspective:

“When you do school visits, you usually will align it where it’s one or two or maybe three scouts going to a school,” Ryan Poles said (via NBC Sports Chicago). “Now you have the whole staff. You see them compete. For some smaller school guys they get to go against the guys from Power 5 schools, so that exposure is important. It’s a big part of the evaluation process.”

On the surface, taking a handful of Senior Bowl standouts is interesting enough. At minimum, it is intriguing because it is a step away from how the previous regime was doing things. But that only starts scratching the surface. Because if you’ll recall, the Bears began Senior Bowl week with the Ryan Poles-Matt Eberflus joint press conferences. Meaning that those two had a quick turnaround to go from meet-and-greet mode into a talent scouting mindset. Credit those two for turning it on as quickly as they did, but also to the staff on hand who’s scouting work was already done on some of these players that proved to be helpful in getting the ball rolling. It takes a village to build a squad. Good work at the Senior Bowl to get things off on the right foot immediately.

Of course, the Bears weren’t the only team using the senior showcase to unearth potential draft gems:

Another massively influential year by the @seniorbowl:

All right, so everyone is getting in on the Senior Bowl love. That’s not unsurprising. When you consider how much time underclassmen have lost in recent years due to game cancellations and pandemic-shortened seasons, it makes sense for teams to target players with more experience to fill out rosters. Even still … I think we’ll continue to see a growing number of Senior Bowl studs make their way onto teams on NFL Draft weekend.

Keep this note in mind for future reference: Of the 10 teams who have chosen the most Senior Bowl players since 2017, seven (Bills, Pats, Ravens, Packers, Vikings, Niners, Colts) have had multiple playoff appearances in this stretch of years. Meanwhile nine (add the Chargers and Bengals to the aforementioned group) have had at least one playoff appearance. That nugget intrigues me as much now as it did when discovering it on Senior Bowl Saturday. This isn’t to say that the Senior Bowl is a kingmaker. But good teams seem to value it. And if the Bears want to join those ranks, perhaps they should follow suit.