Early Data on Pitch-Framing: Cubs Are Worst in Baseball Skip to content 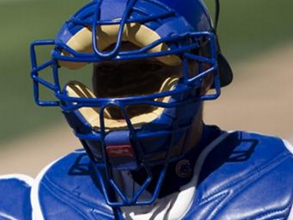 Although we’re just a handful of games into the season, we’re already seeing one of our preseason fears realized. The fear? That Welington Castillo is among the worst pitch-framers in baseball, which could be costing the Cubs runs in ways that aren’t easy to see over the course of a game. Back-up catcher John Baker is believed to be a neutral framer, so the fear was pretty much tied to Castillo, even if we were looking at overall team performance.

We know that pitch-framing was one of the big things that Castillo – who is otherwise pretty great defensively – worked on this offseason, but, so far, the early returns are bad. Like, worst in baseball bad, according to FanGraphs. As of yesterday, over 614 pitches, the Cubs have logged 19 fewer strikes than they should have, based on the number of strikes you would have expected to have been called given the pitch location.

It takes about seven strikes in one direction or the other to add up to a run, so the Cubs have arguably lost nearly three additional runs this year because of poor framing. With three of the Cubs’ five losses so far being of the one-run variety, you don’t need me to tell you the potential impact of these lost runs.

Anecdotally, poor framing results thus far sounds about right. There’s so much to like about Castillo, but, watching him so far this year, and he still seems very stabby when receiving pitches that aren’t right in his wheelhouse. There’s no reason to believe Castillo can’t improve as the season goes on, and, to be sure, even the statistical sample is still very small, relatively speaking. I’m sure the Cubs are aware, and they’re working on it. Pitch-framing, by its very nature, is more art than science, even as we come up with new ways to quantify it.

For now, though, this is one preseason fear that is, so far, justifying itself, and it’s something we’ll track all season long. Read up on what this is all about in the FanGraphs piece. The following charts from the article should entice you to give it a look (and to be sad, if you see all of the blue inside the Cubs’ box, and all the red outside the Yankees’ box):