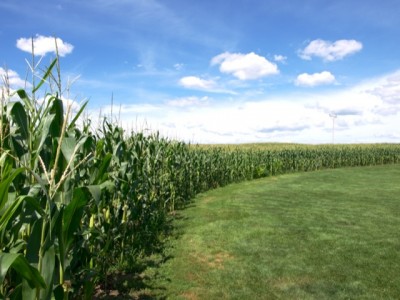 Iowans, mark your calendars. On June 20 and June 21 Bleacher Nation will be visiting your fair state in person. Well, part of Bleacher Nation anyway. I will be in the stands when the Cubs take on El Paso that Friday night and Albuquerque on Saturday.

Additional details will follow in the weeks ahead. If there is enough interest we can look to set up some sort of a meet up at a nearby establishment around one or both of the game times. This will be my first trip to Des Moines in a decade or so, and my first ever into Principal Park, so I will have to defer to you for recommendations.

I have no idea who will be on the mound for the Cubs in those games – counting out rotations this far in advance doesn’t really tell you much – but I suspect that Kris Bryant will have joined Javier Baez, Christian Villanueva, Matt Szczur, and Arismendy Alcantara in the Iowa line up by then. I am hoping that John Andreoli will have made it to Triple A as well, and perhaps Rafael Lopez and Arodys Vizcaino, too.

Regardless, it should be a great weekend, and one I have been looking forward to for a long time now. I know Bleacher Nation has a sizable following in the Iowa area, and I hope to meet a small army of you at the ballpark the weekend of June 20.

Iowa – Iowa had the day off.
Tennessee – The Smokies game was rained out.
Daytona – Daytona scored four in the eighth for the 6-2 win.
Kane County – A run in the first was all Kane County scored. They lost 2-1.