Sleepers in the Cubs Farm System? How About Cruz, Reynolds, Thompson, and Six More for Your Eyes Skip to content 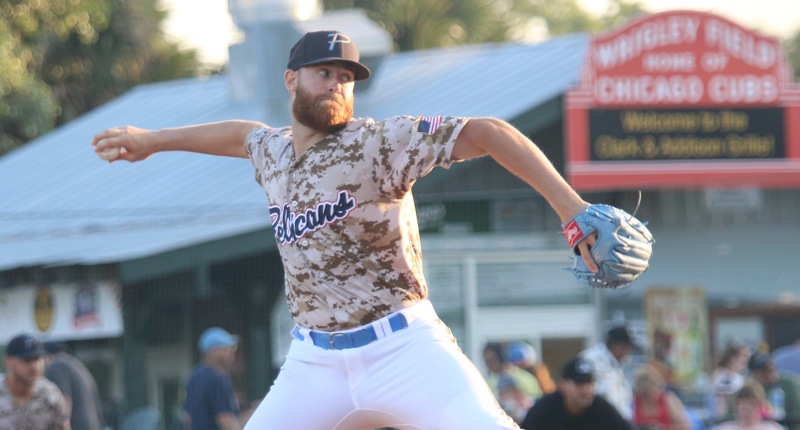 To be sure, every MLB farm system has a handful of sleepers emerge every season. It is, as an extension from Monday’s piece, a prerequisite for a halfway decent farm season.

For even the downtrodden Cubs, last year was no different. Miguel Amaya and Brailyn Marquez, two International Free Agency bonus babies, showed some fulfillment of their potential and emerged as top five prospects. Trent Giambrone and Matt Swarmer, guys from freakin’ Delta State and Kutztown Universities, completely redefined their career trajectories. Even Justin Steele’s uber-successful and rapid bounce-back from Tommy John qualified as a sleeper season.

The fun part is trying to pick out the needles in the haystack now, if nothing else so you all have ammo to point at me and laugh in seven months. Here are my sleeper picks for the Cubs’ farm system as we sit here in mid-February …

To be honest, Cruz already kind of broke out, it just seems likely this is the year he’ll get credit for it. Let’s consider his final 7 starts last year, a stretch during which he turned 19: 33.2 IP, 26 H, 6 BB, 41 K and a 1.34 ERA. The majority of Cruz’ season was spent in the Arizona League, where we don’t have video and survive primarily on word-of-mouth. And then, seemingly as a present to us Milb.tv freaks, the Cubs graced us with a late August promotion to Eugene for Cruz’ final outing.

In that 5.0 scoreless inning start, Cruz showed that he already possesses one of the system’s best breaking balls – some call it a slider, some call it a curveball, everyone knows it’s nasty:

Best Cubs prospect most have never heard of?

Kind of an old-school sinker-slider, tall-and-fall righty that broke out at age 18 in AZL last summer.

Cruz pounds the zone with a low 90s sinker, which generated groundballs at a 55% clip last year. He is, as the video shows, very comfortable using his breaking ball against left-handed hitters. He’s advanced beyond his years, and there’s frankly little reason to think he’d find particular difficulty in the Midwest League. That being said, it’s likely the logjam of starting candidates at South Bend – and the interest in keeping Cruz’ inning total sub-100 – will keep Cruz in Mesa for the month of April.

One of the NCAA’s most productive players in 2018 (.389/.551/.699), I think Reynolds has a chance for establishing himself as the system’s most consistent middle of the order threat this year. This is a man with a plan at the plate. Between his college season and stints in Mesa and Eugene, Reynolds totaled 91 walks in 110 games in 2018. When he did make contact as a professional, it was usually hard and on a line: he led the Emeralds with a 23.6 LD%.

Finally, Reynolds’ spray chart as a professional, courtesy of Prospects Live, is something out of a Chili Davis dream: 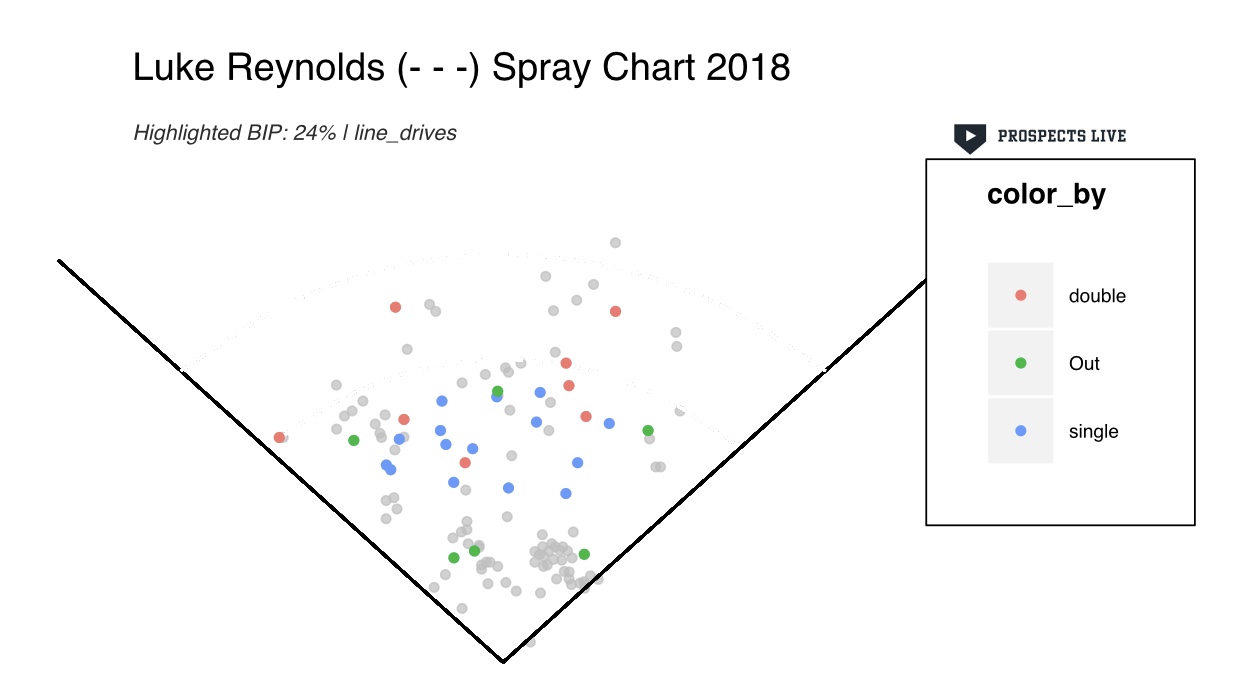 The highlighted balls there are Reynolds line drives, and, as a left-handed hitter, that’s about the most even distribution you’ll ever see in the minors. If anything, the key to Reynolds breakout will probably be allowing himself to be less polished in the name of selling out for power. Attacking early count pitches, cheating on fastballs have time and place. What’s kind of shocking from Reynolds spray chart is that he really never elevated the ball with an extreme pull down the line.

This is the kind of player the Cubs have simply not drafted previously in the Jason McLeod era, so you’ll have to excuse some extra dream-wishing on Thompson’s extremely talented arm. The Cubs have, as McLeod himself said at the Cubs Convention, been too narrow in their approach to procuring amateur pitching. Habitually, the Cubs have drafted 22-year-olds throwing 90 mph with a really good collegiate walk rate.

Here are 10 of those K’s. pic.twitter.com/5FISwcioc9

Thompson’s fastball has reportedly topped at 100 in the past, the curve falls off the table, the two-seamer really runs. Thompson has the body, velocity and secondary flashing of a first-round pick; but in his years after Tommy John while at Louisville, he couldn’t harness it. So it appeared that was the priority for Thompson when he arrived at Eugene. His first five outings: 9.2 IP, 2 BB, 4 K’s. A different dude. But then they took the reins off, and the real Thompson came out in those final four starts referenced in the tweet.

There’s a chance in the long run the bullpen will be a better fit for Thompson’s two potentially elite pitches. But here’s to hoping they set him loose first in the South Bend rotation, and if he can maintain the semblance of command he showed in Eugene, I guarantee he’ll be in Myrtle Beach by summer.