The Best Kind of Spring Training Fun: David the Bote is Now David the TANK Skip to content 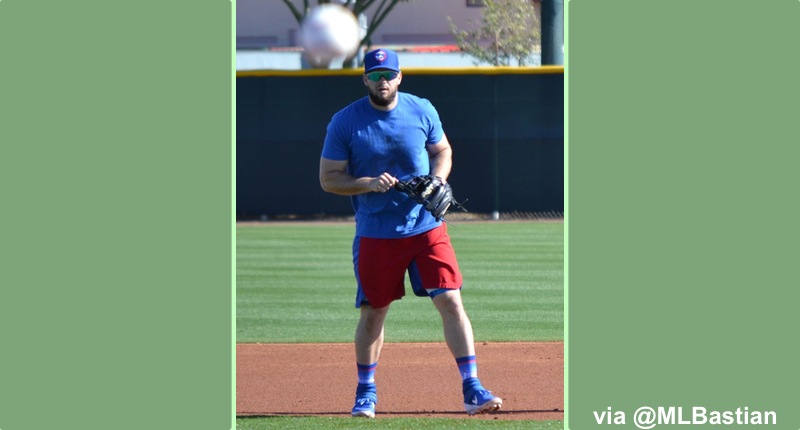 I don’t even care how silly and exaggerated the stories have become over the years, nor do I particularly care how they do or do not actually translate to on-field performance in the season ahead. It simply makes me gleefully chuckle to see the physical changes of players over the course of the offseason when they arrive for Spring Training.

The best, of course, is a surprise mustache, but short of that, it’s fun to see guys show up looking significantly trimmer or significantly more swole. For example, Kyle Schwarber blew folks minds last year when he showed up to camp looking like this:

This is what incredible hard work and discipline looks like. Anyone want to bet on Kyle Schwarber not having a big season? I'll take that bet. pic.twitter.com/IRruIjj6zE

And, hey, Schwarber *did* look a lot better in the outfield last year after dropping that weight and adding athleticism. He always had the gun, but he picked up some quickness. Here’s hoping he keeps after it.

I’m not sure we’ll see such a dramatic and ridiculous transformation again any time soon, but the guy who’s absolutely caught my eye this year for showing up looking like a freaking tank is utility man David Bote:

To be sure, Bote had already become a much stronger dude over the past two years as he worked on his swing and added significant power. But here’s a look at him in May of last year:

And here he is around midseason with the big league team: 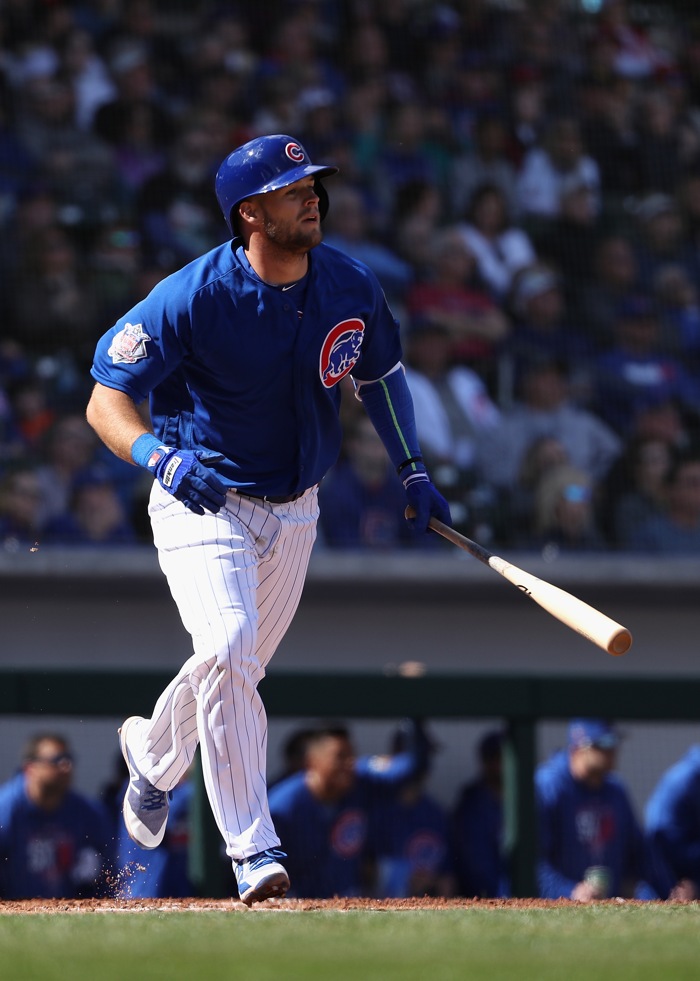 And you’ve seen this moment, of course:

But I’m just sayin’, the dude came into camp looking like a freaking tank:

A few shots of David Bote from Friday's workout. He was getting reps at second, but will also be the backup at short and third. pic.twitter.com/wzUXUXeLGt

Dude is huge. I wanna see him crushing bombs this Spring, because he already had a tremendous ability to hit for hard contact:

Just a reminder that, even before he became A TANK, David Bote was crushing the ball last year: he had the fifth highest average exit velocity in baseball last year. Pretty decent company … pic.twitter.com/8pjCbx4gL0

I feel you, Cole: