Strop and Darvish Had Good Bullpens Today, Will Get Into Games Over the Next Few Days Skip to content 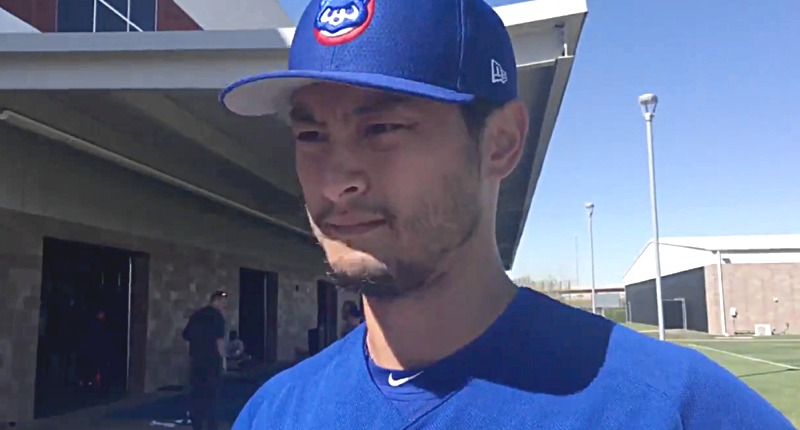 The Chicago Cubs are dealing with a whole host of mild bumps and bruises right now, but the relative progress of potential early-season closer Pedro Strop and starter Yu Darvish are among the most important.

Strop, as you’ll remember, has been dealing with a mildly strained hamstring, but has gotten some good news lately. And Darvish is mostly fine, but had to exit his last start early because of a blister on his finger.

Cubs.com’s new beat writer this season, Jordan Bastian, shared the plan for each of them earlier this morning:

Some updates from Cubs camp…

According to multiple reports on Twitter, Strop’s 22-pitch bullpen went well and without any issue. He’s expected to pitch an inning in Monday’s contest against the Red Sox, which, if that goes well could put him on track to be ready by Opening Day. With Brandon Morrow progressing well after November elbow surgery, but not expected to be ready until May, and with several other members of the bullpen still dealing with nagging issues, a healthy Strop right out of the gate could add a lot of stability to the Cubs pen.

Darvish’s bullpen, meanwhile, felt good after his bullpen, part of which you can see below:

Strop just wrapped up a side session and Darvish is in the middle of his. If all goes well, he'll go on Sunday in a minor-league game (more controlled situation). pic.twitter.com/CgzCRexVok

I will point out that he had to stop at one point to readjust things (he had some sort of “oil” under a bandage that was affecting his grip, so he apparently removed that oil and put on a new, clean bandage, which made things feel better overall). In an interview with reporters after that session, he explained that decision and said that he’d pitch with a bandaid during at least the first few innings of his Minor League start on Sunday (woo! good news!), and if it feels good enough, he’ll try to let it go without the bandaid for the second-half of that start.

The idea, it seems, is to make sure he definitely doesn’t need a bandage and/or make the blister worse for the start of the regular season. So, yes, that seems entirely precautionary, and doesn’t bother me at all.

Darvish said he felt good. The break during the bullpen session was to fix a bandage. Yu joked that he peed on the blister to help it heal. (He did not actually) pic.twitter.com/jDBnIIqMI2

In fact, if it were up to me, I’d tell Darvish to keep the bandage on throughout the entire start no matter how good it feels, because why bother? In any case, this is very good news on both fronts.

Bottom line: Strop and Darvish had successful bullpens, and they’re both slated to pitch against real competition within the next few days.