Darvish Step Forward, the Baezzo Bombs in the 9th, Happ's Iowa Re-Debut, and Other Bullets Skip to content 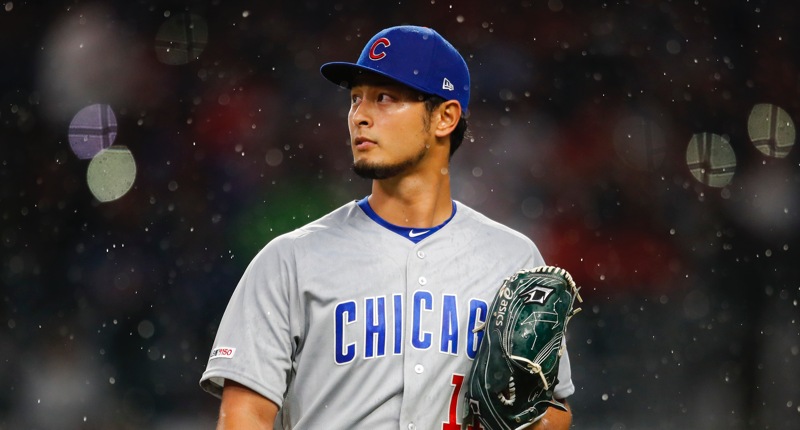 My belt is at the perfectly wrong level to keep catching the back of my chair. Every time I shift forward in my seat – which, apparently I do a lot – the belt catches the back of the chair. It’s like having a very small person gently trying to hold you back from a fight, and being only successful enough to be slightly annoying.

2) Maddon after being asked if Darvish weakened some: “He could have continued. He was not weak. He actually pitched really well. Part of it is I wanted to get him out while he was pitching well. I wanted to make sure he left the game feeling good about himself.”

Watch Yu Darvish react to his outing on Thursday. He thought he took a step in the right direction despite getting pulled after 4-plus innings against the Braves. https://t.co/VB1Em4ahWH pic.twitter.com/Jfm3iiRq8i

.@javy23baez hits his 3rd home run of the season. pic.twitter.com/rJXM5g8DHe

Ben Zobrist: "I think we all need a certain amount of pressure. If you're pressing too much it's for you alone to know. I do know that everyone cares and is working hard and wants to do well."

More Zo:"Everyone is going to say its early but we know these games count. That's why people care right now and that's why people are talking right now.We know they matter and its going to matter come the end of the year. We're taking it seriously."

One thought about this early Cubs disaster: I can almost guarantee there is no one more irritated, agitated and utterly disappointed than Theo, despite what he might say or reveal publicly. Doesn’t mean he can/will fix it, but he is no doubt beyond frustrated.

Today is a Bad Day to Be a Packers Fan https://t.co/LNviwCgicS pic.twitter.com/lCmhpEmsyD