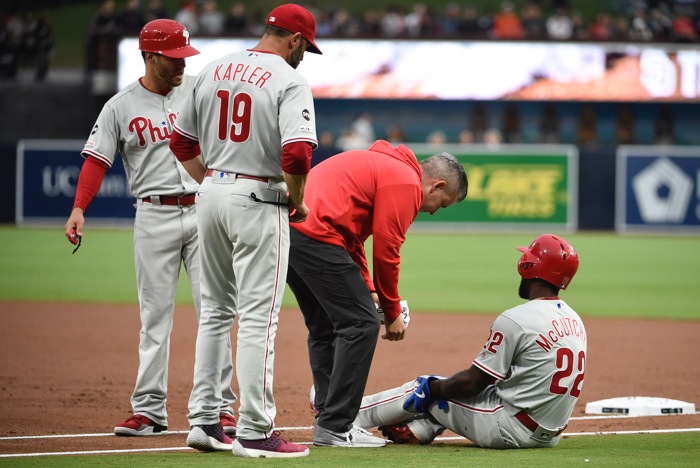 Ugh, baseball just lost one of its coolest, kindest players for the year, as Phillies outfielder Andrew McCutchen tore his ACL.

The play didn’t look that bad last night, but unfortunately, ACL’s will do that to you sometimes:

Andrew McCutchen has exited today's game with an injury and had to be helped off the field. pic.twitter.com/bAy1yQ85uH

The injury is significant not only because it’s a cool player lost for a year, but an important outfielder on an NL division-leading team. The Phillies already picked up Jay Bruce in trade, but may now look to add additional into an outfield that is now without an obvious center fielder.

Possible relevance by further extension? You wonder if the Phillies will prioritize adding a bat to help fill the gap left by McCutchen, or continue to hunt in the bullpen market (where the Cubs will be living). The Phillies, for example, made plenty of sense for Craig Kimbrel. We’ll see.

In the meantime, best wishes to McCutchen on a full recovery. Dang. Hate to see a guy like that go down.