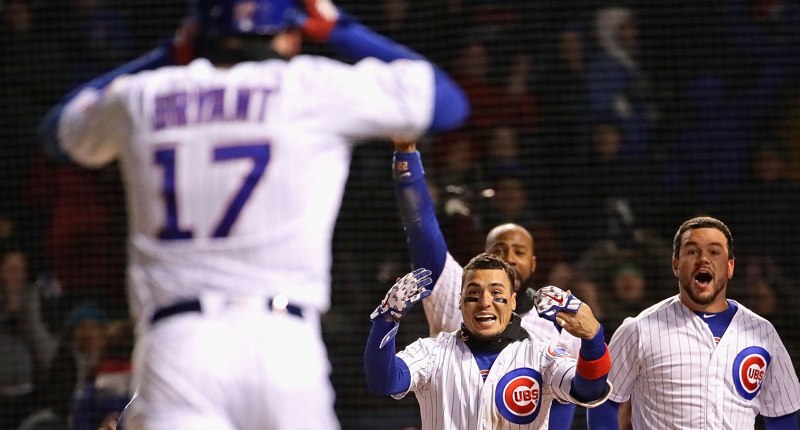 Some baseball notes ahead of a week that could see a deal completed to plot a return to action, or could see the players and owners further deepen their public acrimony. Either way, most agree that if the hoped-for timeline is going to stick, we have to see signs of progress in the next couple days.

And no progress yet:

No evidence of progress yet in MLB/ players talk so no realistic hope to meet the “soft” deadline of tomorrow June 1 for deal. That deadline was soft for a reason, and hope remains to start season July 4 weekend — if a deal can be done by range of June 5-June 9.

Well, no progress other than perhaps one of the players’ ideas already getting tossed out:

MLB seems adamant about ending regular season by about Oct 1: 1) the postseason is vital and there’s concern about 2nd wave 2) MLB TV contracts are for October 3) there may be more NFL/NBA competition by Nov. 1. So players’ preference for 100-120 games over proposed 82 won’t fly.

For what it’s worth, given the risks presented by the virus, I actually would prefer the season to be on the shorter side, making it all the more plausible that the postseason can happen. Even going back months, I wasn’t crazy about trying to squeeze in too many games in too short of a time, or going too deep into the fall/winter. So, with apologies to the players, I am fine with the owners standing firm on 82-ish games.

… but, you know, the players should be fairly compensated for those 82-ish games plus postseason.

Meanwhile, a trio of articles from Bruce Levine, Patrick Mooney, and Joel Sherman all generally leave you feeling the same “vibe”: a deal remains far more likely that not, but isn’t a foregone conclusion. Sherman’s piece, in particular, hints at some positive conversations behind the scenes, and a feeling that the teams do understand what they risk by shutting things down this year – which could mean the players get a little more long-term value in exchange for helping the owners this year:

The sense received by both sides is to find a way not to be trapped by just 2020 pay. Manfred is going to need to convince hawkish owners to budge more because whatever financial hardship is endured this year will be made so much worse if the sport plays no meaningful games for 18 months. Think, save $1 today to lose $5 tomorrow.

The players should, yes, try to make as much as possible this year, but the next couple of markets will look bleak, especially for arbitration-eligible players and free agents, no matter what. Thus, any safeguards to the system that can be applied for 2021 and 2022 to help players with compensation — such as a higher minimum wage, no luxury-tax penalties, etc. — should be extracted.

I know this has always been viewed as a pipe dream, but it’s also always looked like the best possible bargain here. The owners have legit cashflow concerns this year? Fine. The players assist by deferring salaries and maybe taking a small haircut, and in exchange, they get certain key issues locked in for next year and beyond in the next CBA.

Meanwhile, Mooney’s piece underscores how much the Cubs, in particular, have to lose by letting this year get away for financial reasons:

Why would Comcast carry Marquee Sports Network if there are no Cubs games this year? How would Wrigleyville recover if Chicago’s phased reopening doesn’t include Cubs games until April 2021? When will the Cubs have another group of charismatic homegrown players like this?

For the Ricketts family, Boras Corp. and the entire Cubs organization, there is too much at stake to not push for a deal.

That last question kinda gets lost in every other conversation: although the Cubs ended so poorly in 2019, and had a weak offseason, they do still have the core of players in place that could allow them to compete in 2020-21. If an entire year gets washed out, that really stings, especially knowing that the economics of the game are such that the Cubs are not going to be able to trade away pieces anyway. They kinda have to ride with this group for the next two years, and it means it’s all the more desirable for this year to, you know, happen.

If the ability to play safely is there, and if the permissions from medical experts are there, then the Cubs need to be among the organizations pushing the most aggressively to just get a deal done, even if it means the Ricketts Family has a much more challenging year than they anticipated. This is all too important in the long term.