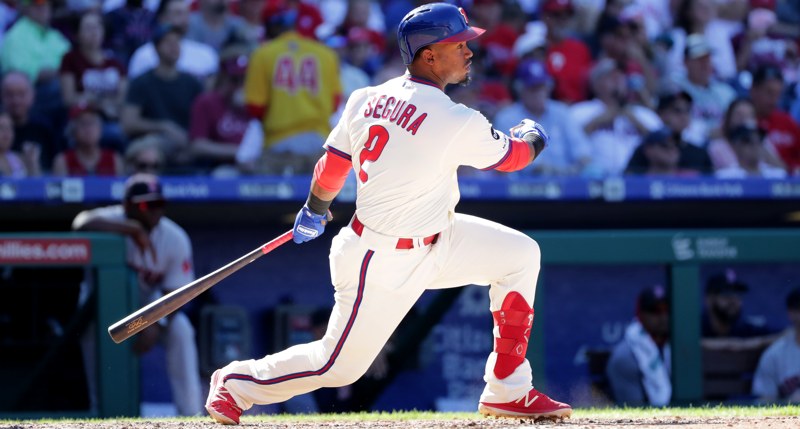 There aren’t too many free agents of significance left, so whenever one goes off the board, it’s notable, even if not directly impacting the Cubs.

Tonight’s is Jean Segura headed to the Miami Marlins, who’ve FINALLY done something:

Segura, 32, has been a perfectly solid player for the Phillies the last three years (.281/.344/.417/107 wRC+, good middle-infield defense), and he will improve the Marlins. Where exactly he’ll play is a bit of a question, as the Marlins have Miguel Rojas at shortstop and Jazz Chisolm at second base. Maybe the Marlins move one of those guys in trade? Maybe Segura plays third base? I guess we’ll see.

Competing against the Mets, Braves, and Phillies in the NL East this year is going to be a brutal undertaking, and Segura isn’t going to be the difference for the Fish. But they do have a very good young rotation, and might now be a step closer to making a trade or two to further bolster the roster. You could see them moving an arm – Pablo Lopez? Trevor Rogers? – to try to improve their lineup.

Also, while I don’t expect there is a relationship here, I want to point out that the Marlins have been rumored on a lot of first basemen this offseason, too. If they had limited resources available to add a bat – any bat – in free agency, then maybe this is a signal that they aren’t going to land a first baseman like Trey Mancini? Just thinking out loud, and again, I don’t know that there’s a connection. Surely the Marlins can afford more than $8.5 million total this offseason, right? …