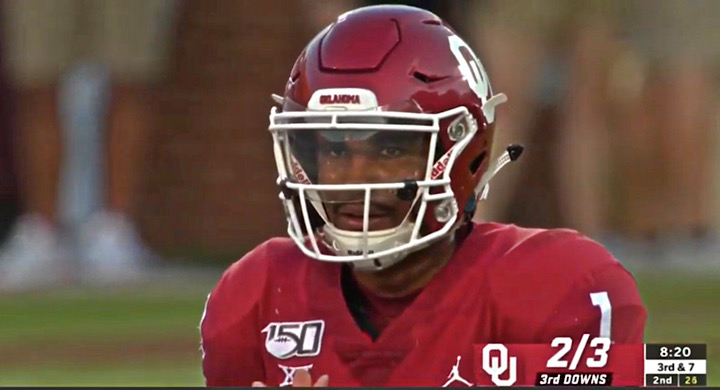 “He’ll struggle to beat NFL defenses from the pocket, but his ability to grind out yards on the ground and make off-schedule plays should make him a solid backup with upward mobility.”

Jalen Hurts (@JalenHurts) in Matt Nagy's offense is my dream fit for him. #Bears #BearDown pic.twitter.com/wLIw7R7kh8

And this isn’t the first time Miller has made the connection between the two, as he has been ahead of the curve in linking the Bears as a possible landing spot for Hurts:

Even with NFL Draft insiders warning against drafting a quarterback in the second round, Hurts figures to be the most intriguing prospect of the bunch who will be available when the Bears go on the clock.

Few draft-eligible prospects are as decorated as Hurts. Seriously, re-read the “Accomplishments” section above. And that Hurts starred at two blue-blood powerhouse schools is not lost on me, either. To play well in pressure-cooker environments might bode well for Hurts as he enters what is expected to be a rigorous battle for him from the bottom of an NFL team’s quarterbacking depth chart.

Hurts checks a bunch of boxes. His leadership is unquestionable. His play-making ability is equal parts fun and impressive. Mobility inside the pocket and in open space is a plus. Hurts, who has long been one of our favorite college quarterbacks, is far from a perfect prospect. But he reminds me of that old adage about the whole being greater than the sum of its parts — especially if he lands in the right system.