Why Willson Contreras is the Name That Pops Up in Trade Rumors, and Why It Isn't All About Payroll Skip to content 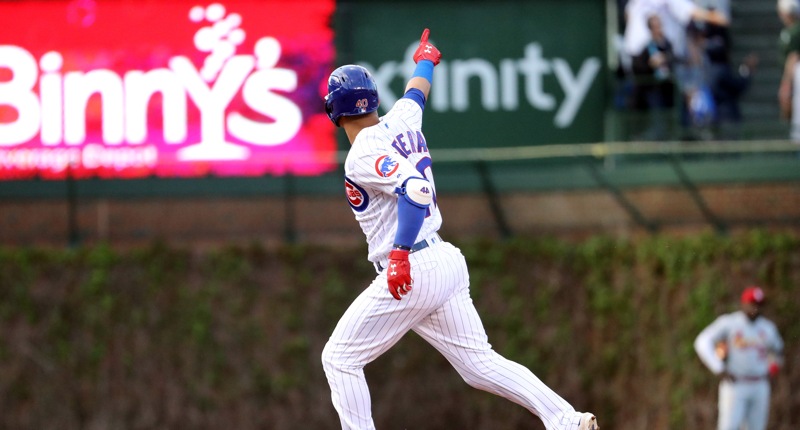 As for the why the Cubs would listen on Contreras, there are a number of reasons, though everyone rightly acknowledges that it would be hard to give up a bat like Contreras, especially when that bat comes attached to a powerful, passionate presence who could only get better behind the plate. It’s just that, among the Cubs’ core players, Contreras is one of the few who could *CONCEIVABLY* be replaced internally in the near and long term (Victor Caratini, Miguel Amaya), his offensive style is what the Cubs are trying to diversify away from, he has a ton of value in trade, and maybe he’s come as far as he can in the framing department while in the Cubs organization.

On paper (even if not in my fan-addled heart), I can see why trading Contreras now might not lead to a dramatic decline in total Cubs performance in 2020/2021, and would clearly bring in talent to smooth the transition from 2021 on. I’ll also confess again that I’m a huge Miguel Amaya fan, so it’s not terribly hard for me to dream on him as a guy the Cubs are going to want in the mix in two years anyway.

Sahadev Sharma gets more into the Contreras rumors, with even more discussion of why it could make sense in a world where the Cubs aren’t going to keep expanding the payroll:

The Cubs offseason plan is focused on extending their window beyond 2021. Trading from the core is a reality they'll pursue while still trying to compete in 2020. If they're not spending big, trading Willson Contreras makes sense to complete both goals. https://t.co/ASv4rf61Wa

As Sharma gets into, at least part of the reason Contreras is on the table for these discussions is because it’s harder to justify moving a guy like Anthony Rizzo or Javy Baez, and there isn’t as much value in moving a guy like Kyle Schwarber or Ian Happ or David Bote. Contreras (and potentially Kris Bryant) seems to be one of the few guys where you can even have a sensible discussion, and generate enough value to make the discussion worthwhile.

One point on the payroll side of things: my position is that you can trade pieces to bring in young talent and smooth your transition WHILE ALSO spending wisely and aggressively at the big league level. Big market teams pretty clearly don’t seem interested in doing that, so whatever. I’ll still mention it when the topic comes up, but I’m going to at least try to mentally live in the real world so we can have constructive discussions here.

So, in a world where the Cubs aren’t going to trade to bring in prospects while simultaneously inking huge free agent contracts, it’s important to think about how the game is trending younger and younger. That means most of the significantly impactful players are young, under-team-control players. And how do you get those players? Well, you can’t get them in free agency anyway.

That is to say, yes, I can acknowledge that building the best team not only means spending money, but it also means you’ve gotta have impact controlled talent – not necessarily because of the financial reason, but because that’s simply the reality of having access to those players in the first place. And trading a guy like Contreras – who is only in his first year of arbitration, and doesn’t make a ton of money anyway – could theoretically get you some nice pieces on that front. It’s less about the money, and more about maximizing young talent at various spots on the roster.

Of course, then you’ve gotta do the work of developing them into big league impact players, something the Cubs have struggled with the last five years, relative to the other powerhouses of the league ….