Cubs Drop Another One to the White Sox, Complete with Eloy Jimenez Grand Slam Skip to content 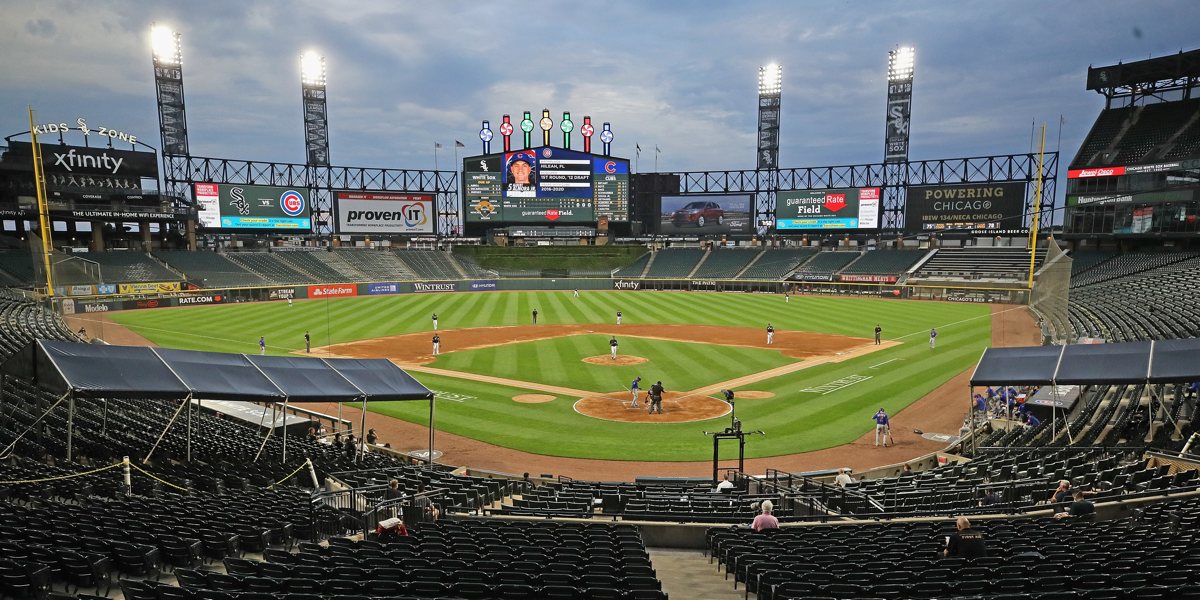 Bah, the Cubs lost their second fake game to the White Sox, 5-3 tonight at Guaranteed Rate. I guess that means they lose the fake portion of the Crosstown Cup. Which is, itself, not super real.

Most of the story from this one, such as you need it constructed around the score, is that Yu Darvish didn’t have his command in the first inning, missed just enough here and there for the White Sox to keep putting the ball in play, and Eloy Jimenez hit a grand slam:

Darvish got a couple outs from there, then gave up a bloop single and they called off the inning. It was wild.

Darvish settled considerably from there, as he often does, more or less giving up nothing for the rest of his outing, and flashing plenty fine stuff. I know it’s facile to just throw it out, but whatever. I’m not gonna worry about Darvish because of an inning in an exhibition game. Let’s talk on Saturday.

Craig Kimbrel got in an inning of work, and it was unimpressive. He was 94-96 mph and once again not getting the fastball up where it was supposed to be. In that velocity range, he either needs to be at the very top of the zone or the very bottom, because if he’s middle-middle, he’s gonna get hammered like last year. Knuckle curve still has it’s great movement, but that matters a lot less without the fastball. Here’s hoping the adrenaline helps in the regular season, because you know all the concerns with Kimbrel.

Ryan Tepera and Jeremy Jeffress looked pretty great, with Tepera unleashing a dominant-looking slider, and Jeffress (with his velo down to just 93 mph, but with great movement) threw a nasty splitter or two. One outing is one outing, but they looked solid. James Norwood also looked really good tonight (97-98 with great sink, plus his great splitter), and he’s got that huge upside you dream on. But the command always makes me nervous.

The Cubs will play one more exhibition game on Wednesday against the Twins. Maybe they’ll win that one. Maybe not. Doesn’t matter.