Rules Changes, the Product on the Field, Division Races and the Playoffs, and Other Cubs Bullets Skip to content 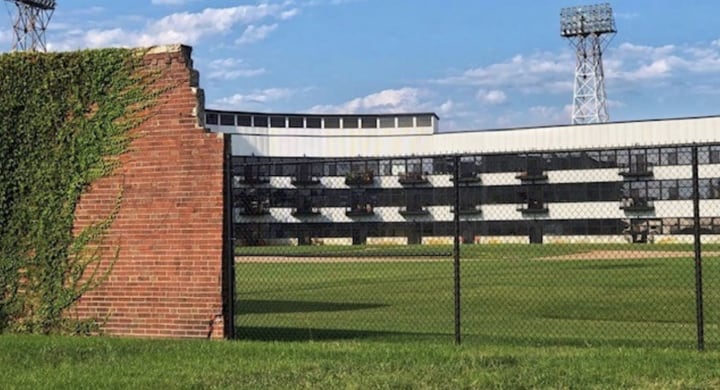 I am really quite down this morning. Cancelling regular season games was a red line for me, at an emotional level, and it hurts to have so well confirmed that the men in charge of this sport – the supposed stewards of the top league in the world – care more about an extra short-term incremental dollar than the whole of the fans who support their business. All that said, I suppose I can’t act like I’m surprised – just this past weekend, I was at, what, a 10% chance that regular season games WOULDN’T be cancelled? – but I think it’s OK that I’m still really sad and angry about it.

I’m also really sad for the stadium workers, nearby businesses, support staff, media, and anyone else who is impacted by yesterday’s MLB decision. This situation really sucks for them, and is deeply unfair.

Anyway, now I set about figuring out how to best do my job for you in spite of this sad and frustrating moment. I can still make jokes, though.

Me: I am so obsessed with MLB that I am going to think and talk and write about it every single day and make it my literal job to engage in and spread the joy of this sport!

MLB: Yes, but have you considered going to hell?

On to the Bullets of the morning, which I am going to try to keep separate from the worst of the CBA stuff. I’ll get into that shortly after I summon the strength …

•   In his letter to the fans last night, Commissioner Manfred said a bunch of whatever things, but on the news side, he confirmed that the league was seeking at least two specific rules changes for this season in the negotiations: a pitch clock and limiting defensive shifts. I saw reports that larger bases was also in there, though Manfred does not mention it in his letter. I did not see any reporting on automated balls and strikes or limitations on pick-offs, which were some other minor league rules changes we’ve seen experimented with.

•   I am unapologetically in favor of each of the two Manfred explicitly mentioned (deeper discussion of pitch clock here, killing the shift here), and while I won’t drill down into those topics here – read those posts for my full take – I will say only that it’s one of the very few things on which I semi-agree with the Commissioner’s and the league’s approach to these negotiations. It *is* important to deal with the product on the field as soon as possible, and while they should’ve been discussing this stuff long before this past week, it’s a better late than never situation for me. The fights about money are important for the players. The most important thing for their lives. I get that and I respect it. But the state of the game the viability of the entertainment going forward is also really important for everyone involved in Major League Baseball. The glacial pace of change – the lack of openness to it – has been ridiculous.

•   Speaking of which, a good article on that broader concept, with spot-on thoughts from Cubs broadcaster Boog Sciambi:

“Our sport is in part averse to change. I’m not advocating completely changing anything. I just think you’ve got to be open to it. The audience wants to be stimulated." — Cubs announcer Jon "Boog" Sciambihttps://t.co/WiFeuIpsip

Sciambi has thought plenty on what could be done to boost the sport’s TV ratings and popularity with younger fans.

“As a league, I think they’ve got to monitor what the on-field product looks like, and it’s got to have a little more urgency and pace,” he said. “Then, the broadcast will have to continue to reflect that same value.

•   On the expanded playoff talks – interesting that the players have not yet pressed the button and said they are completely off the table now (presumably holding out for games to be rescheduled or backpay) – I found this comment from Max Scherzer very interesting:

Something Scherzer just talked about that I think got lost in the flurry of stuff this week: 14-team playoff was not a total no-go for players, but felt league wasn’t rewarding division winners enough. Want incentive to win in regular season to remain credible.

•   If that is the players’ perspective on the whole, I’m very glad to hear it, regardless of how the subject actually winds up playing out. I still think 14 playoff teams is at least a couple too many, but whatever the eventual setup, there needs to be SIGNIFICANT incentives built in to win your division. I want that to be important. Maybe even more important than it is right now. I have always, always got into the idea of divisional races being huge – they are the most fun thing (for me) to follow in the standings during the regular season. Can’t lose that. Should enhance that.

•   This is very cool. Baseball – the sport, which is bigger than the highest professional league in the United States – really matters to people:

•   At least I can be excited about looming NFL free agency: