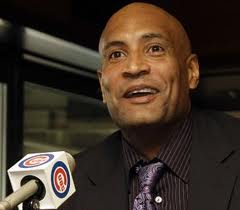 On this date in 2009, the Chicago Bears acquired a 25-year-old quarterback who was coming off a Pro Bowl season where he threw for 4,526 yards and 25 touchdowns.

Happy ninth anniversary to the Jay Cutler trade, everybody!

There was understandable excitement surrounding the Cutler deal at the time. He had a first-round pedigree and a rocket for an arm, but the Bears were never able to harness his talent and athleticism. Simply mentioning Cutler will set off a firestorm that eventually leads to the blame game. Without diving too deep into history, it’s worth noting that there’s plenty of blame to go around, and it probably shouldn’t all land on Cutler’s shoulders.

For what it’s worth, Bears GM Ryan Pace is doing his best not to repeat the mistakes the front office made in the Cutler era. This offseason, the Bears have surrounded Mitch Trubisky with an offensive-minded head coach, an offensive coordinator with a reputation of quarterback development, and talented pass-catchers on the outside.

Next up is improving the offensive line, right?

Carson Wentz was the NFL's most efficient QB on 3rd-and-6+ in 2017 pic.twitter.com/L24DSsuleS

There were whispers of King’s personality not clicking with Gruden’s. I should have listened better. Coach didn’t want to spend a lot of money on punter who gets personal fouls. #Raiders

I was told King’s release was a ”message” and it was a Gruden-led decision. More details to come on @RaidersSnakePit #Raiders