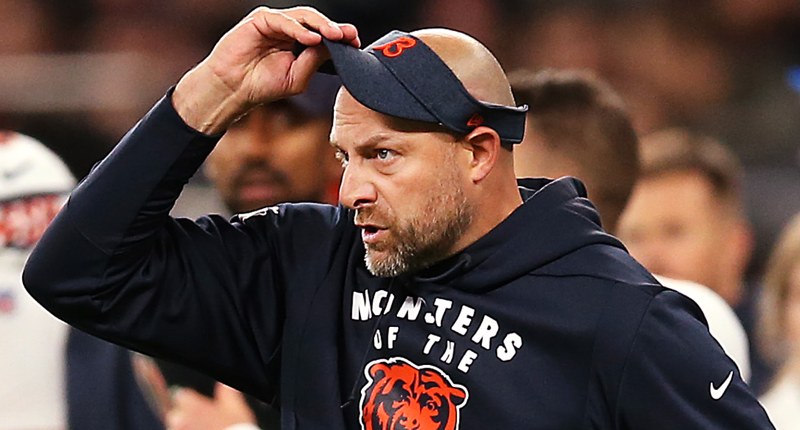 So it turns out trading Jordan Howard wasn’t the cure-all the Bears’ running game needed.

To be fair to those that ultimately made the decision, Howard’s yards per carry took a hit in his final year with the Bears, as did his number of break-away runs and his percentage of broken tackles (which is something we discussed here during the offseason). And turning to a collection of younger backs with more elusiveness and less wear on the tires was supposed to bring new life to an aspect of the offense that was lifeless for a hearty chunk of the 2018 season. But through five games, it is looking like Howard was the least of the Bears’ concerns.

Nothing Chicago did in the offseason to revamp a woebegone running game is working to this point.

Third-round draft pick David Montgomery is averaging just 3.3 yards per carry. Free agent addition Mike Davis has only 22 yards on just nine rush attempts. Tarik Cohen is averaging a career-low 2.2 yards per carry. And a position swap between James Daniels and Cody Whitehair that was done to get the most out of a pair of players returning to their natural positions hasn’t opened up holes for the ball-carrying backs.

It all adds up to a discouraging trend that is brought to the table by Bear Report’s Zack Pearson:

Maybe this is an oversimplification, but the Bears are 3-0 when they run the ball for 20+ times and 0-2 when they run it fewer than 20 times. There’s WAY more to wins and losses (let alone game–planning) than that, but at minimum, it sure is telling that the team is far more successful when it commits to running than when it seemingly abandons the ground game almost altogether. And even if a particular opponent is justifiably baiting the Bears into putting the ball in the air can obviously, establishing a run game can help in that effort, not hinder it. This isn’t exactly rocket science here.

Between a broken offensive line and a running game stuck in the mud, the Bears are 21 games into the Matt Nagy era and still don’t have an offensive identity. They can’t run the ball effectively enough to establish that as a calling card. Nor can they stretch the field with throws to keep defenses honest and from crowding the line of scrimmage. There are play-calling concerns, issues with the offensive line, questions surrounding player usage, and it is up to Head Coach Matt Nagy to fix them before it is too late to make a playoff push.