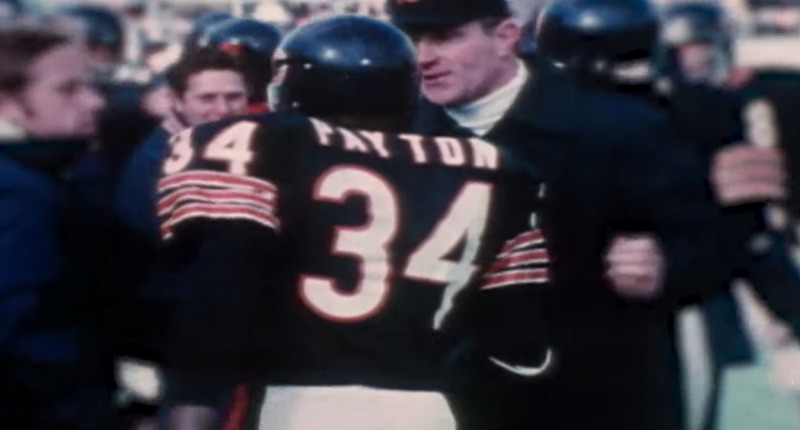 Only one trick-or-treater braved the elements to get Halloween candy from me yesterday. What a shame. I guess I’ll have to eat these Reese’s cups, Hershey’s, Crunch bars, Twixes, Milky Ways, and M&M’s all by myself.

Here's a look back at the incredible life of 'Sweetness': https://t.co/WX63ptGp8a pic.twitter.com/ez2HtBEfHq

Today and every day we remember Walter Payton as a winner, who always gave his best on and off the football field.

We miss you, Sweetness. pic.twitter.com/8po5kn20PM

20 years ago, we lost Walter Payton.

Today we remember Sweetness with a story from Dan Hampton, that shows why #34's legacy will live forever. pic.twitter.com/A09Pr4DUa7

RIP to Sweetness, one of the best players and people the world has ever seen. pic.twitter.com/V9tHGc9EkZ

Basically, the Bears don't want to say the exact reason why they ignored Eddy Pineiro's left hash preference. Best guess is they felt at 41-yards, Pineiro should be able to make that field goal from either hash or the middle of the field.

A very important poll ahead of Sunday's Bears-Eagles matchup.

Which is the superior sandwich?

Tony is being relentless! #Bears pic.twitter.com/kZrU0slTS1

Matt Nagy joked at the start of his press conference he was gonna make the Bears practice outside in the snow. (He's not. They're practicing inside)

Matt Nagy was asked if his friends and family know not to send him things that are being written and said about him. Nagy’s half-joking response:

“No, they know. They got it loud and clear. You don’t say a word to me. You say a word, you get knocked out."

This should be a fairly easy win for the #Eagles on Sunday. The Bears are a mess, DeSean should be back and it's their first home game in forever. Perfect opponent to get before the Bye Week.