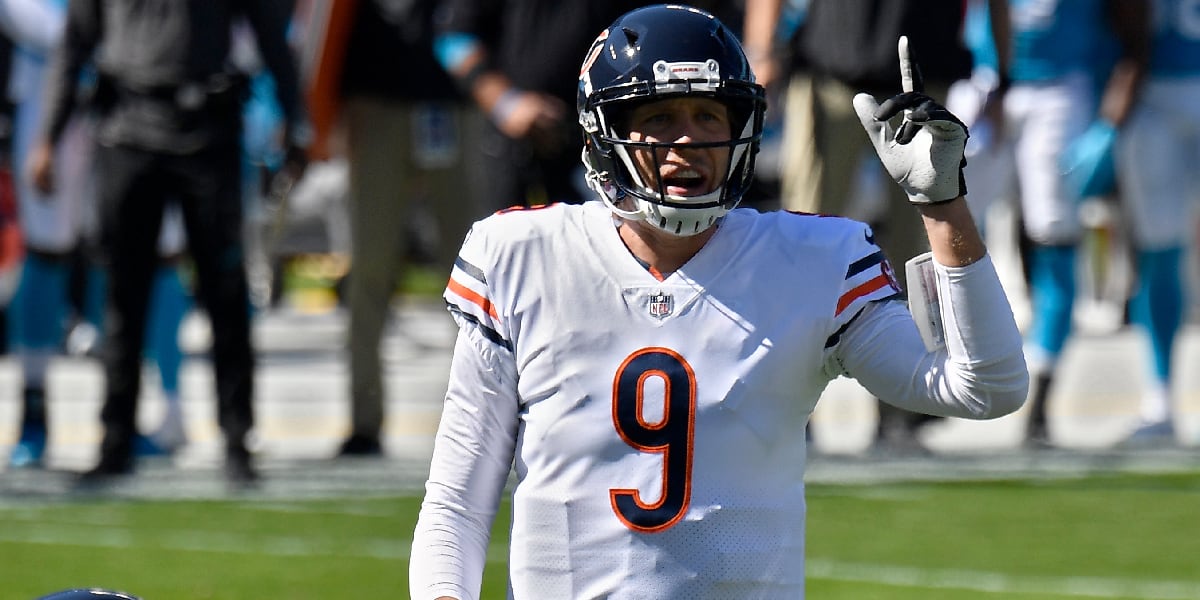 Let’s take a break from obsessing over Carson Wentz watch to remember that Nick Foles is (1) still on the Bears and (2) happens to be the only quarterback on Chicago’s roster.

For how much longer appears to be up-in-the-air. In part, because rumors over the weekend had Foles lumped in as part of a trade that would send Wentz to Chicago. That’s certainly sensible. It’s conceivable that the Eagles would want Wentz to tutor Jalen Hurts. And I don’t imagine the Bears wanting to re-create a potentially awkward situation where Wentz has to hold off Foles again.

But even if the Bears don’t trade for Wentz, PFT’s Mike Florio concludes Foles’ days with the Bears are dwindling.

“Even if the Bears don’t trade for Wentz,” Florio writes. “they’ll likely try to move on from Foles.”

Florio drops some interesting morsels in the linked piece. There’s stuff about the Eagles’ grumbling over the offers they’ve received in a Wentz deal. Perspective on Philly’s shrinking leverage. And a nugget serving as a reminder that the team has been willing to bite the bullet to do what’s right by the franchise (even if it takes a quick, short-term hit). Like when their plan to tag-and-trade fell through after realizing no team wanted to trade for a tagged QB. All that, and yet, I’m hung up on his Foles angle.

Not just that Foles could still end up in Philadelphia. But that it could happen even if the Bears send Foles in a deal that doesn’t send Wentz to Chicago. Essentially, Florio is hinting that Chicago could have an entirely new quarterbacks room in 2021. And that’s not inconsequential.

Since Matt Nagy’s arrival, the Bears have employed a quarterback who intimately knows the system as QB2. Should the Bears trade Foles, they won’t have that fall-back player on their roster. Maybe that type of quarterback isn’t necessary. And perhaps Nagy and GM Ryan Pace value talent and upside on the QB depth chart above system knowledge. Let’s take it a step further. I suppose the Bears could re-vamp their system altogether. It’s not far-fetched to de-value a player who knows Nagy’s system if the plan moving forward was to trend toward Bill Lazor’s scheme.

No matter what happens with Wentz, let’s keep an eye on Foles-centric rumors as we step into this process. Because while Foles might presumably land in Philadelphia, we’ve already seen rumors that the Broncos could be a team that sniffs around. So stay tuned.