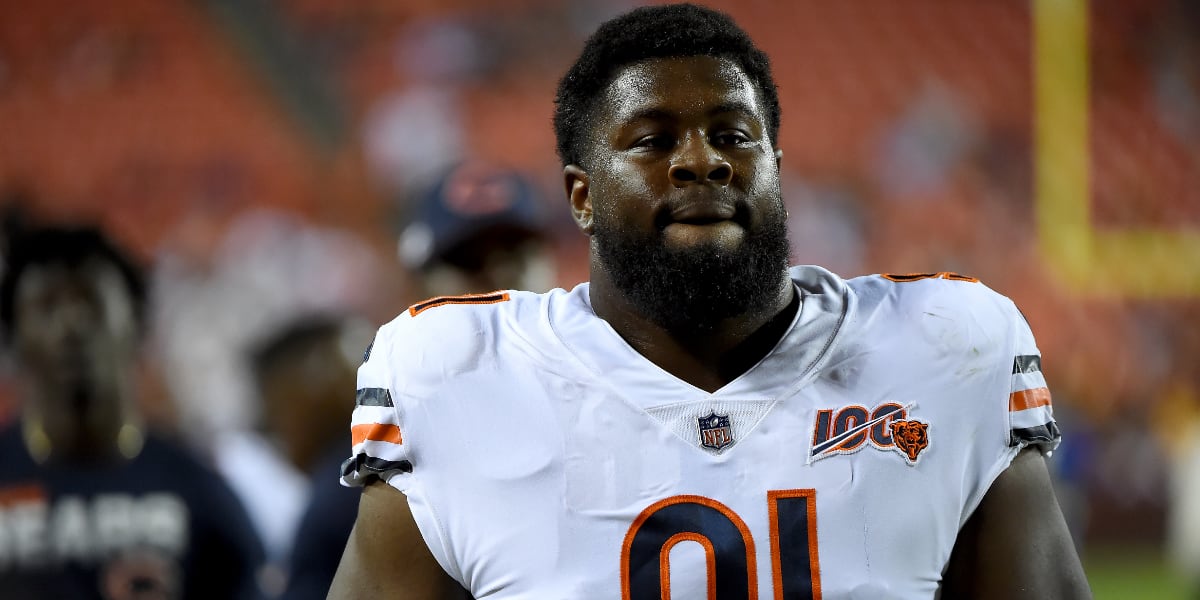 You gotta give credit where it’s due: Chuck Pagano’s defense playing as well as it did in 2020, particularly against the run, is impressive considering one of his biggest key cogs was out of action. Moreover, said cog was never in the mix to begin with, as Eddie Goldman opted out of playing in 2020.

But to not see Goldman at mandatory minicamp sounds some alarms:

Bears coach Matt Nagy said there was a “discussion” with nose tackle Eddie Goldman. His absence was not excused. Minicamp is mandatory. Nagy said that Goldman is expected to report to training camp when it begins in late July.

So … not only was this an unexcused absence, it seems unexpected, too. As Sean Hammond of Shaw Media pointed out on June 2, Nagy told reporters he spoke with Goldman and that the nose tackle was at the Halas Hall facility at some point. However, Goldman was not spotted at practice at the time. Knowing that Nagy has been in contact with Goldman since at least early June and that he still has an unexcused absence from mandatory minicamp is concerning. Not just because he was absent from a mandatory practice. But also because Goldman opted out of playing in 2020, citing concerns regarding the COVID-19 pandemic. Opting out last year was understandable. Not showing up for mandatory minicamp a year later is concerning.

Usually, my mind drifts to wonder if there is a contract dispute afoot. But, alas, Goldman still has three years left on his deal that pays him an AAV of $10.51 million. It’s tough to imagine money is an issue at this point. Nevertheless, Goldman didn’t show up to mandatory minicamp and I have my concerns.

Chicago’s defense needs Goldman anchoring the middle. They need Goldman all in and ready to roll whenever training camp begins. Otherwise, we’ll be back to asking about how this unit can work around not having the big man in the middle. Goldman eats space, makes tackles, opens up things for playmakers on the edges and among the linebackers. He does plenty of things that don’t go in box scores, all while helping others rack up stats. There’s something to be said about the value of a guy who does the dirty work inside.

For what it’s worth, the Bears did well with John Jenkins and others manning the middle. But with Jenkins leaving in free agency and rookie seventh-round pick Khyiris Tonga representing the next available option, it would behoove the Bears to have Goldman in the fold. But if Goldman has any apprehension to returning, then the Bears need to be ready to hit up the waiver wire.

I reckon the good news is that Nagy doesn’t believe there is any doubt Goldman will be around for training camp.

“We fully expect him to be there,” Nagy said.