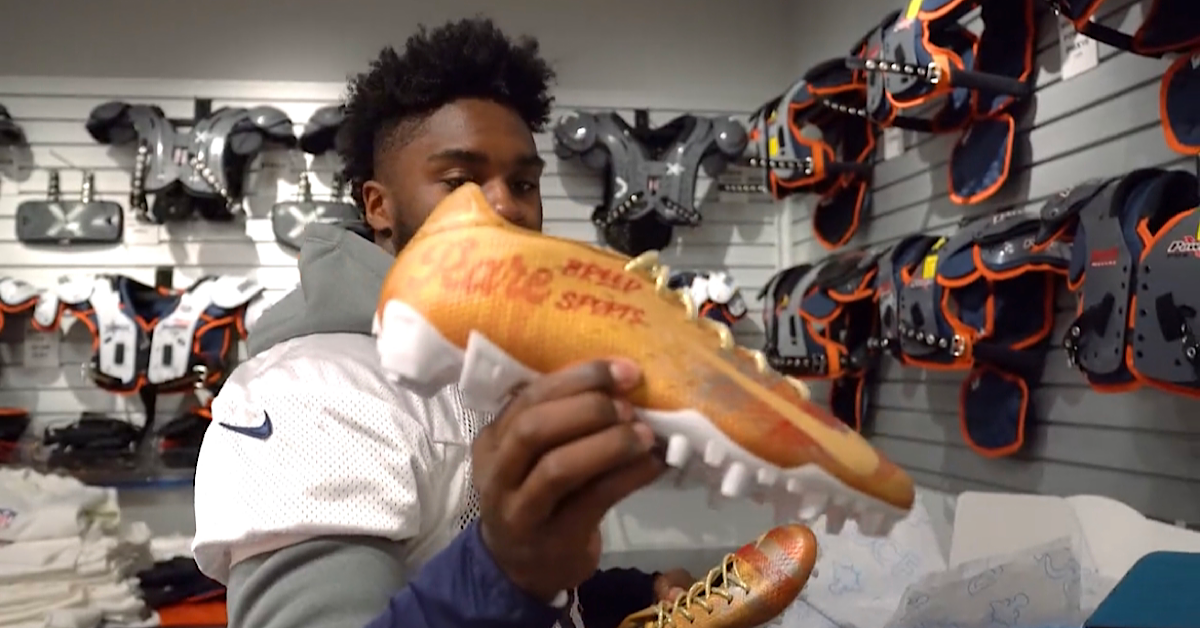 I’m one step away from successfully doing the first part of my epic winter de-cluttering project. There are still many steps to go after this one. But once we’re in the clear with step one, the rest should come easy. At least, that is what I’m hoping happens.

•   James Daniels is playing like someone deserving of a second contract with the Bears:

•   We’ve been banging the drum for a Daniels extension for a while. And with good reason, as Daniels checks a bunch of boxes. Daniels will play 2022 in his age 25 season, has four years of good productivity as a starter under his belt, and has experience at three interior line spots. Generally, I’m hesitant to push for cap space to be spent on interior linemen. But Daniels might be the exception because of his age and high floor. You know what you’re getting from Daniels, especially now that he has found his niche and isn’t bouncing around. Why not lock him in as an offensive building block? The price figures to have gone up since we last spoke on this topic.

•   While we’re on that wavelength, Kevin Fishbain (The Athletic) explores the building blocks who are 25 and younger the Bears should be building around. QB Justin Fields (22), LB Roquan Smith (24), CB Jaylon Johnson (22), and WR Darnell Mooney are players the Bears brass should be showcasing to future GM and head coach candidates when the time comes. But that those aren’t the only notable players is a good sign.

•   It should be easy to dream on the likes of OL Teven Jenkins (23) and Larry Borom (22), as well as TE Cole Kmet (22). Sprinkle in the RB tandem of David Montgomery (24) and Khalil Herbert (23) on offense, as well as Trevis Gipson (24) on defense, there are more interesting pieces on the Bears moving forward than there were when Ryan Pace took the job in 2015. It’s refreshing to think about the future being bright thanks to young talent, especially after spending the offseason thinking about how old (and expensive!) this team was coming into the year.

•   While the Bears dream of a brighter future, the Cardinals — whose late-season collapse in 2020 let the Bears slide into last year’s playoffs — are looking to keep what looks to be a budding program in one piece. Kliff Kingsbury is on his way toward finessing his way into a contract extension in Arizona by not not declining interest in the Oklahoma job. GM Steve Keim is publicly saying the right things in not wanting to lose Kingsbury, but doesn’t say if negotiations are ongoing. Will Kingsbury call the Cardinals’ bluff? It’s fun to see the Bears aren’t alone in having coach drama.

•   The birds are making history:

The @AZCardinals enter December with the best record in the NFL. The last time that happened was 1948… when they were the Chicago Cardinals https://t.co/JyAtQlbkxq

•   Making Damiere Byrd a captain against the Cardinals is slick:

•   As is making former Cardinals defensive lineman Angelo Blackson. The Bears brought in Blackson to be part of their defensive line depth, which will be tested thoroughly on Sunday with Akiem Hicks and Mario Edwards Jr. out with their respective injuries.

•   Gonna spend all day watching football? I’ll try and squeeze in what I can. In the meantime, Alyssa Barbieri (Bears Wire) highlights the top college talent who will be playing in this weekend’s college football championship games. Yours truly will be on the hunt for possible future Bears fits.

Since being traded by the #Steelers in 2018, Antonio Brown has played a total 14 out of a total of 46 possible games thru his current 3-game suspension, 30.4%.

The Seahawks will be activating Adrian Peterson off the practice squad for Sunday’s game against the 49ers, per source. Wasting little time putting him to work.

•   I was pretty gutted when my favorite Cubs were sent packing hat the MLB Trade Deadline. But seeing Michael Hermosillo — who I was lucky enough to cover as a high-schooler in Ottawa — make it to The Show was a neat story. Fast forward to December, and Michael Cerami has the story on how Michael Hermosillo came back to the Cubs:

What is the Goaltending Plan For the Blackhawks? https://t.co/Qwmu4kFXDS