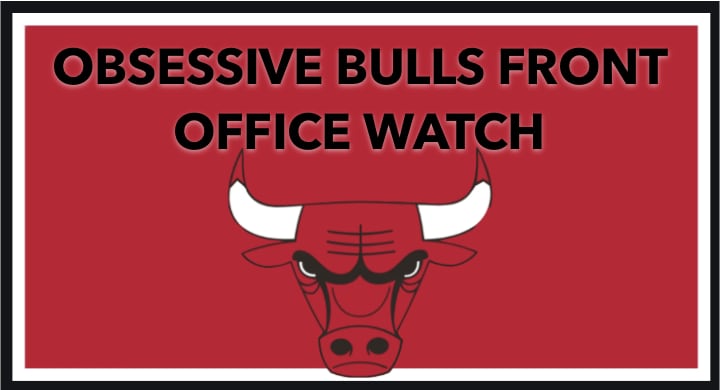 One new face isn’t going to fix this mess, and fortunately, the Chicago Bulls know that.

While the focus of this organizational overhaul remains fixed on whomever’s chosen to captain the ship, it seems the Reinsdorfs are preparing for greater change than that. NBC Sports Chicago’s K.C. Johnson has acknowledged as much since the beginning of this saga, reporting that Michael Reinsdorf/the main new hire figures to bring several new faces into the organization.

He reiterated this point last night with a simple retweet:

We’ve already assumed this would be the path, but I want to make sure it’s something we all keep in mind. As ESPN’s Adrian Wojnarowski reported, whomever is hired to a position of power (general manager/VP of basketball operations) will have full authority moving forward, and this means they’ll play a key role in hiring the other new members of the organization. The Bulls have to fix the foundation before investing in the rest of the house. Simple as that.

As a whole, the process will likely continue for quite some time. Not only must the Bulls figure out a way to adequately interview candidates in the middle of stay-at-home orders, but they’ll also have to give their top new hire some time to evaluate how he wants to restructure this organization.

Note, these are slightly different considerations than the e-interviews and top new hire “before basketball returns” timeline discussed on Friday. Everything about filling out the organization beneath that new person will take some time. But that could be a good thing, particularly if it means deeper and broader changes overall.

Of course, none of this means everyone currently within the organization is on their way out. According to Johnson, the Bulls’ Assistant GM Steve Weinman is expected to remain in the front office with a solid position.

One rising force in the Bulls’ front office who is expected to be safe is assistant general manager Steve Weinman, a source said. He has made an impression not only internally but among rival league executives for his salary cap acumen and knowledge of the collective bargaining agreement.

Please, don’t just assume Weinman is a nobody because he’s part of the current regime. The guy has been the driving force for the team’s recent use of analytics, and we wrote about his role with the team earlier this season. He seems to be a person that knows what he’s doing, surrounded by a bunch of other people that don’t. With the right new leader in place, Weinman’s skill set could be used to a greater advantage (and there’s something to say about continuity and intimacy of knowledge, too).

The Bulls are on the verge of a lot of moving parts, so buckle up for an interesting (and, hopefully, fun) ride.