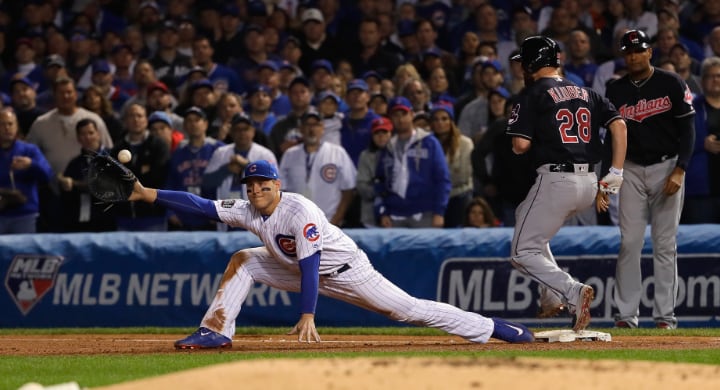 This also happened to be my birthday, and a very memorable day for me. Because it was a Saturday, we had to get to a Wrigleyville bar at 11:00 am (no joke) to reserve a table (remember how crowded the bars were that month?). We spent the *entire* day at that table, and when the time came, my friends started to sing “Happy Birthday” to me and the whole bar – all Cubs fans – joined in (of course, they mumbled through “Michael,” because no one knew who I was, but it’s the thought that counts). And it was pretty surreal. The only thing that could’ve made that day better was a win.

Alright, well, this is not exactly where we wanted to be – down 2-1 to the Indians with Corey Kluber coming back to the mound against John Lackey. We may be at Wrigley Field, Kluber may be pitching on short rest for the second time this offseason, and the Cubs might’ve just gotten a look at him in Game 1, but I’d be lying if I said I wasn’t on edge.

Now, the best case scenario is winning tonight and tomorrow for a shot at clinching in Cleveland during Game 6. But if the Cubs somehow lose tonight, they’ll be down 3 games to 1 with two of the next three in Cleveland. I’m all for fairy tale endings, but that’s quite a bit to come back from.

Worse, Lackey hasn’t had the best of luck this October. In his first two starts, NLDS and NLCS Game 4, Lackey failed to go further than 4.0 innings, allowing 3 and 2 earned runs a piece, before getting yanked. That said, Joe Maddon has had him on an extremely short leash – something Lackey has clearly noticed – with a full bullpen and no working out of it to be had. You can bet he’ll be trying his best to last deep into this one tonight. 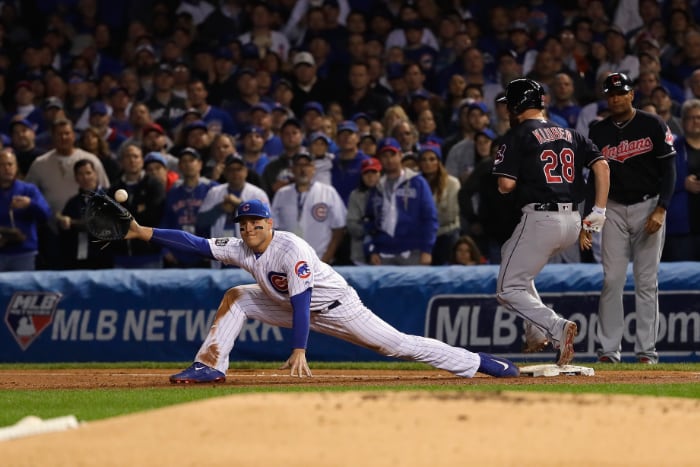