Getting to Know the 2020 Chicago Bears: Safeties | Bleacher Nation Skip to content 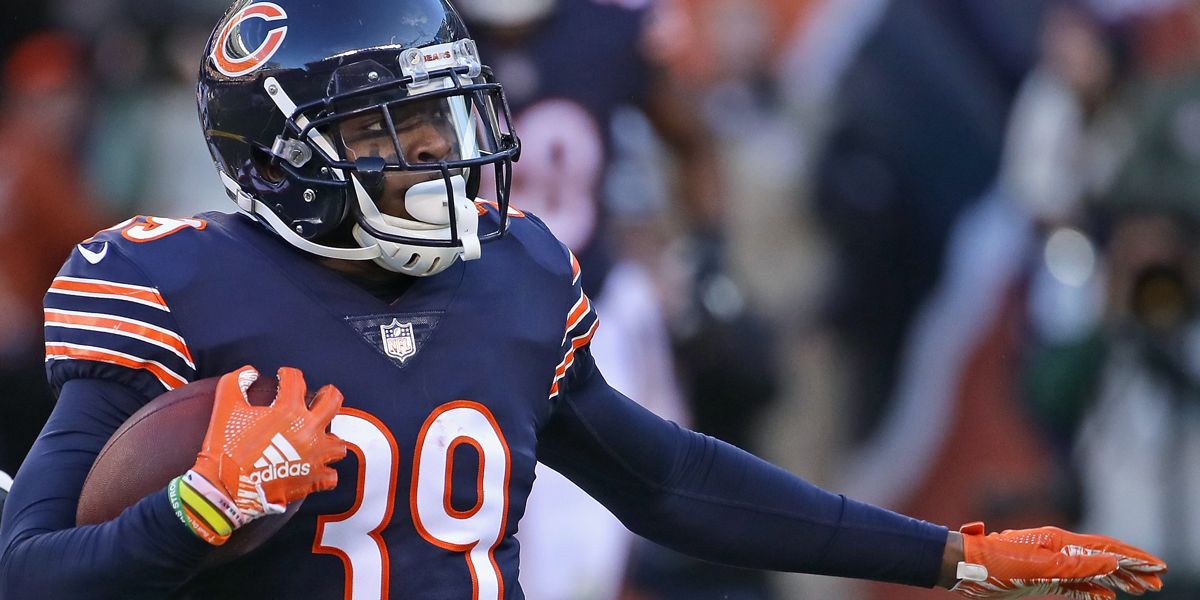 Safeties Coach Sean Desai said an open competition would decide who starts with Jackson. So, that means I’m looking forward to a competition.

Modern safeties must cover ground in zone, lock up in man, and crash the box. In other words, Gipson’s versatility makes him the perfect fit.

On the other hand, let’s not short Bush. Because while not having Gipson’s résumé, Bush’s familiarity in this system could be valuable.

What’s not to love about Jackson? For example, I can gush over his zone coverage, rave about his man skills, and laud his return skills when he gets his hands on a pick-six.

Three years into his professional career, Jackson has 10 interceptions, five defensive touchdowns, five forced fumbles, and four recoveries. Moreover, he’s been durable, having missed just two regular-season games. Above all, he is a game-changer who is a menace to quarterbacks and receivers alike.

The Bears’ secondary is scheduled to face 16 of PFF’s top 30 highest-graded receivers in 2020:

The Bears are equipped to combat that type of firepower. But they could potentially start a rookie at corner. Therefore, Chicago’s safeties must be great behind him.

A whole lot of this:

Similarly, some of that from Gipson, too: